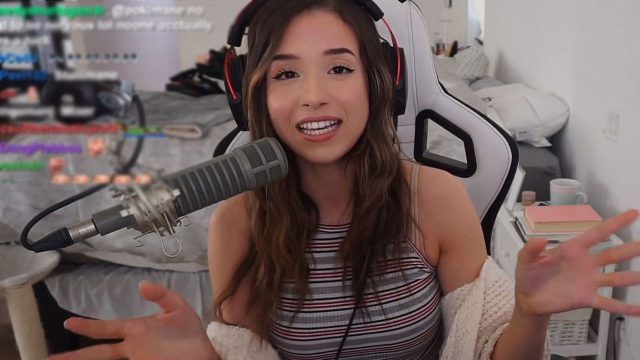 Popular female Twitch streamer Imane “Pokimane” Anys has teamed up with StreamLabs to set her donation maximum to $5. Pokimane has taken the gaming world by storm in the last few years by being consistently one of the most popular female streamers. One of her good friends, Rachell “Valkyrae” Hofstetter, recently surpassed her as top female streamer by playing Among Us.

Pokimane began her streaming career by playing League of Legends in higher-tiered elo with her friends. Those friends eventually formed into the content group Offline TV which she still has ties with today. Offline TV has come under criticism this year after Federico “Fedmyster” Michael was accused of sexually harassing female members. Since then, Pokimane has moved out of the content house itself but has still remained a member.

After these allegations, Pokimane moved into another house with Valkyrae and another. Together the two have become the biggest female streamers on Twitch and YouTube respectively. This makes her decision to put her donations at a maximum of $5 even more interesting.

Pokimane cracking down on fan spending

Pokimane has always been vocal about not wanting her fans to spend hundreds or thousands of dollars. She, along with big creators like Nick “NICKMERCS” Kolcheff, has expressed the fact they don’t need donations. With Twitch’s partnership program and having the ability to sign exclusively Twitch, many creators don’t need extra money. However, no one has taken the same step Pokimane has.

Multiple creators have set a minimum donation amount for their messages to be read aloud. This is to prevent trolls from displaying inappropriate messages on their streams. The maximum donation amount now prevents fans from spending more than they can afford on her. A few weeks ago, Pokimane had a fan donate an amount he couldn’t afford. They had to donate again to get her attention and have her hopefully refund.

It’s situations like these, as well as large amounts refunds, that Pokimane wants to prevent from happening. With her maximum donation limit, she can now still accept donations without dealing with other issues.