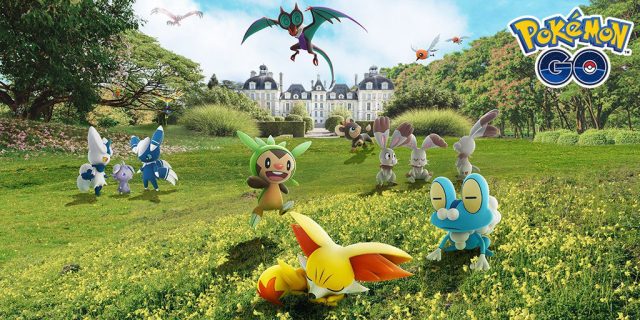 2020 has been an interesting year for Pokémon GO. On the one hand, the COVID-19 pandemic made it difficult for players to get out and play — but on the other, there were a lot of positive changes to help players safely enjoy the game. As the year comes to a close, Niantic is releasing a host of new Pokémon from the Kalos region into the game. They will begin appearing on December 2 at 10 AM local time.

Which Kalos Pokémon can we expect to see?

The Kalos region is the setting for Pokémon X and Y, the sixth generation of Pokémon. It looks like we will be getting the starters from these games, along with several others in Pokémon GO. The Pokémon new to GO are as followed:

They will all appear in the wild except for Espurr, which players can find in one-star raids. Bunnelby, Fletching, and Litleo will be in 2 km eggs. Chespin, Fennekin, and Froakie will be in 5 km eggs. There will also be exclusive research tasks rewarding Bunnelby and Fletchling.

Players will also be able to find the three starters — Chespin, Fennekin, and Froakie — as rewards in the Pokémon GO Battle League’s sixth season. To get them, players will need to be rank 16 for Chespin, 17 for Fennekin, and 18 for Froakie.

While this likely means there will be more Pokémon from Kalos soon, there are still plenty of creatures from previous regions that aren’t in the game yet. As Pokémon GO continues to adapt to the pandemic, they will surely release in due time as well.

Trainers, Pokémon originally discovered in the Kalos region will be appearing more often in the wild around the world as a part of a limited-time event! Get ready for when it starts in your area on December 2, 2020, at 10 a.m. local time! https://t.co/OEmZXyfneq pic.twitter.com/ACYP5RpVdr

The initial event for these Kalos Pokémon will go until December 8 at 10 PM local time. While they will surely stick around afterward, be sure to get out and get your hands on them while they are out!