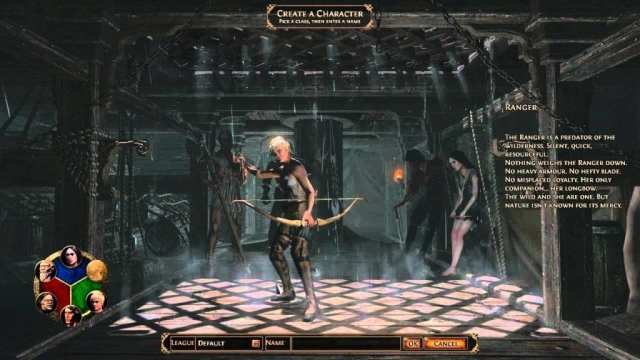 Path of Exile (“PoE”) is a unique game, in many respects. One unique aspect is the fact that the game is free to play. Of course, as with any free to play online action RPG, PoE has microtransactions. However, PoE’s microtransaction system becomes moderately tolerable when you realize that the things you can purchase have nothing to do with gameplay, except that you can buy a more extensive inventory. All the other in-game purchases are cosmetic.

This is just a part of what makes PoE stand out, and what attracts new players to it. PoE has a unique loot filter system that helps both new and veteran players adapt to changes in the game, allowing them to enjoy the game, rather than focusing on a rusty longsword picked up at the beginning of the game that continues to drop from old, deadbeat skeletons repeatedly.

In addition to the loot filter, PoE characters themselves are different in some ways, with seven classes that each have many more sub-classes, (except the 7th one, which is unique, but more on that later). The character builder is remarkably simple compared to other games (like Pillars of Eternity, for example), and makes selecting your class and sub-class very easy and streamlined.

Thinking of replaying some games can give people nightmares, as you need to go through cumbersome character creation menus and tons of data entry.

In Path of Exile, you choose between one of seven classes. You can see your character on-screen, as every class is represented by their in-game model, albeit a bit more graphically pleasing and detailed (don’t worry, you can change your appearance afterward).

The classes are oriented around three specific attributes: strength, dexterity, and intelligence. There are attribute dominant classes like the Marauder, Ranger, and Witch. The Marauder is strength dominant, while the Ranger is Dexterity dominant, and the Witch is, of course, intelligence dominant.

But no game would be complete without a jack of all trades class, and in PoE, that class is called a Scion. Scions are considered somewhat more difficult to play compared to their counterparts and are thus disabled for new players until the completion of Act 3.

After naming your character and selecting a class, you are thrown into the game, which takes place on the desolate shores of Wraeclast.

PoE, like many other RPGs, has a sub-class system, but you don’t get access to it immediately. During the first act of the game, aptly named Act 1, you spend time getting to know how your character works, and how the spider web of passive skills works. Do not despair, it is simpler than it looks, even though it might not seem so – especially the first time around.

During that first act, you will stumble upon the Trials of Ascendancy. These trials show you how to deal with specific types of traps. Once you’ve completed the necessary number of tests, you can proceed to the Lord’s Labyrinth (“The Labyrinth”).

The Labyrinth, like the dungeons in many other games, contains a lot of traps and a boss. Completing the Labyrinth allows you to ascend to a sub-class.

Each of the classes, except the Scion, has three sub-classes. The Scion has only one. The sub-classes are, in no specific order:

As a player, you are limited to 24 different characters at the same time by default. If you have reached this limit and want more characters, you need to either purchase more slots or delete a character.

There are more than enough unique items to be enchanted in the game to bring all your many characters to life. But what about useless or unhelpful items? That is where the filter comes in.

The Loot Filter – Filtering Your Character to Power

In most RPGs, your inventory is often full of stuff like plates, cogs, rusty blades, broken shields and other junk that you absentmindedly pick up while you play through the game.

PoE, on the other hand, has a loot filter which changes the way you play the game. The filter can be manually programmed via a simple text document outside the game. You can do this yourself, and if you know a little bit about programming, the task should be less of a burden and more of a pleasure.

If you are not experienced in programming, though, don’t worry; there are many filters available online, which enable you to choose whatever you want to be highlighted in whichever color you like. Some are even simpler and only highlight useful, high-level PoE items – or those which are worth more to you or your character’s class.

A note to Xbox players, do not worry, the official filter is also included in your version of the game!

The only reason such a filter exists is that the developers, Grinding Gear Games, decided to implement it. Allowing the filter to be customized by people is another sign of good faith and a sign that they are a player-oriented company. These are just a few of the things that make Path of Exile stand out in the sea of online RPG games.