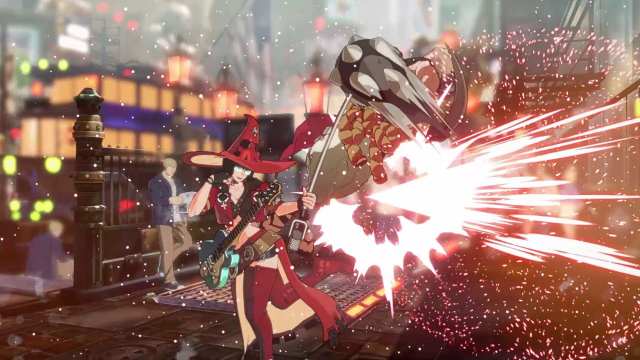 Earlier today, a player on the Overwatch forum asked the developers for a hint on the new Sombra rework. Not only did the developers oblige, they gave up much more than the player could have expected.

Or in Geoff Goodman’s own words, Overwatch’s Principal Designer gave us “more than just a hint.”

Sure. These changes started by seeing how far we could push the duration of her Stealth and Translocator abilities. As we pushed them out, it allowed her to play more and more as a scout/infiltrator for your team and also allowed her more time to pick and choose when and where she popped out to ambush her enemies.

So now she has infinite duration on both Stealth and Translocator, but we had to solve a couple problems that were caused by these changes. For one, she needed to be able to destroy the translocator, or it would often be stuck in some place she didn’t want it to be. To that end, you can now destroy it by looking towards it and pressing the Interact key. Also, Stealth giving you 75% bonus movement speed forever was… a bit strong. This bonus has been lowered to 50%. In addition, she can no longer contest objectives while in Stealth, since she that would just be super frustrating with infinite duration.

These changes are really interesting for her as now she is in complete control over when she reveals herself, allow her to time her hacks better for her team, or go for a back line ambush during a critical moment in a team fight.

I guess that was more than a hint.

Obviously, the part that jumps out is the mention of an “infinite duration” on her two most defining abilities. Sombra can now perpetually traverse Overwatch maps, cloaked in her invisibility. She can also theoretically blink the full length of a map in an instant, now that there is no expiration on her translocator.

How does this affect the future of Overwatch?

Clearly, these are massive changes to Sombra’s kit. The new rework fundamentally changes her gameplay and rearranges what situations she fits best. But what does this mean for Overwatch as a whole, moving forward? Does this open a Pandora’s Box in terms of hero-design and game mechanics? As Riot Games learned with League of Legends, infinite stealth can be a very touch mechanic to balance.