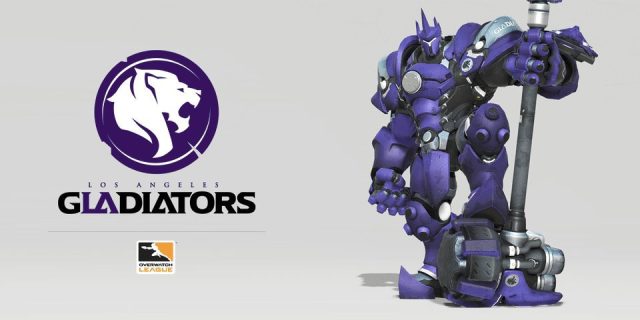 The Los Angeles Gladiators were the most improved Overwatch League team of the first season. Dallas Fuel might’ve taken that title for Stage 4, but the Gladiators steadily improved all season long. They progressed from eighth place in Stage 1, to fifth in Stage 2, fourth in Stage 3, and lastly first in Stage 4. That didn’t stop them from disappointing in the playoffs, but the 2019 season looks bright for the Gladiators. With some controversial departures and interesting acquisitions, this team is ready to surprise. But will they continue their good form into the next season?

Up until Feb. 14, I’m going to go over each team and what’s changed since the inaugural season. Each team will have its own article, going over which players and coaches left, and who has replaced them. After going over the changes and my opinions on them, I’m going to rate them much like I did in my weekly series last season. This rating will be a little more in-depth, considering I have more time than a week to look over the teams, especially the new ones.

The other home team at the Blizzard Arena entertained us all last season with their consistent play, but will they keep that up into season two? Let’s look into the roster of the Los Angeles Gladiators.

Let’s start with the two players from last season, Surefour and Hydration. They were a duo that was stuck together for most of season one, even with two other DPS players on the team. Surefour was the hitscan specialist, playing Tracer, McCree, Widowmaker, Sombra, and Soldier: 76. His play only improved as the season went on, leading him to winning the All-Star event’s Widowmaker tournament.

On the other side, Hydration was the flex for projectile heroes. Pharah, Doomfist, Genji, and even Lucio were all heroes he played during the first season, and he played them well. These two made the perfect duo, as they could fill out almost every DPS hero with them playing together. Both players represented their countries at the most recent Overwatch World Cup, with both impressing when allowed to play.

At the end of the season, two DPS players left the team, leaving Surefour and Hydration as the only two until big singing Decay came by. Decay was formerly of Korean Contenders finalists Kongdoo Panthera, and was considered one of the best DPS in the region. He is a very flexible player too, able to play Tracer, Widowmaker, Genji, and Zarya at the Contenders level. The only worry is how he was rumoured to be the highest-paid free agent of this off-season, and how he might disrupt this team’s DPS duo. Skill-wise, however, he should slot into the team fine.

With the departure of Fissure (which I will cover later), their signing to replace him is Roar. Much like Decay, he formerly played for Kongdoo Panthera in Korean Contenders. Roar was another big signing for the Gladiators, being one of the most sought-after main tanks in free agency. He should have no issue slotting into the tank line, as both of his off-tanks speak Korean, even having Bischu to speak fluent English to his team. He plays both Winston and Reinhardt, as main tanks do. The only issue is the hole he has to fill with Fissure’s departure.

Next up is the two players from last season, Bischu and Void. They rotated between maps casually, with Void being the Zarya player while Bischu covered D.Va. Both are capable of flexing if needed, but that was how it played for most of last season. Bischu particularly impressed with his D.Va, helping the team improve throughout the season. Void wasn’t bad however, playing Zarya well when needed. Unfortunately, we didn’t see too much of Void due to D.Va being more common, but we will see more of him this upcoming season.

This Finnish trio is very interesting, as they’ve all come from Team Gigantti in the past. But first, let’s look into the players from last season: Shaz and BigGoose. This duo was the support line for the entire season, with Shaz usually on Zenyatta while BigGoose was on Mercy or Lucio. They both are flexible though, as they adapted through every stage well. This duo was considered one of the most underrated in the league, especially Shaz’s Zenyatta play. I don’t them slipping for season two.

Next comes the new guy, the third Finnish player in the team. Ripa was formerly of Team Gigantti in European Contenders, helping them reach the semi-finals in his most recent season. He is most likely a substitute, as he plays Zenyatta and Moira. I don’t see him replacing Shaz anytime soon, but he will be handy in case things go wrong.

The players and coaches who’ve been released from the Los Angeles Gladiators are Ted “silkthread” Wang, Joon-seong “Asher” Choi, Luis “iRemiix” Galarza Figueroa, and Chan-hyung “Fissure” Baek. The only coach who left was Blake “Raistlin” Panasiewicz.

Starting off with Silkthread, he got released but was supposed to join one of the new expansion teams: the Chengdu Hunters. Unfortunately, he decided to retire from professional Overwatch before they announced him.

Asher was released from the Gladiators after the season ended, playing a decent amount for the team throughout the season. With Surefour and Hydration’s consistency, Asher just wasn’t seeing much playtime. He ended up signing for the Toronto Defiant.

iRemiix was an interesting departure, as he was the only main tank left after Fissure was traded. He also appeared in the season playoffs, where Fissure was surprisingly absent. iRemiix played well, but couldn’t lead his team past the quarterfinals. He ended up joining Contenders team Skyfoxes.

Last but certainly not least is Fissure. He sparked improvement throughout the season for this team, and was in contention for league MVP. But he was also known as an opinionated, emotional player. Nobody knows for sure why Fissure didn’t play in the season playoffs, but whatever the reason, it led to him being traded to the Seoul Dynasty.

The only coach who left was their assistant coach Raistlin, which I don’t think will affect the Gladiator’s big staff by much.

The starting roster for the Los Angeles Gladiators should be Surefour and Decay on DPS, Roar and Bischu on tanks, and Shaz and BigGoose on supports.

Their coaching staff remains unchanged, besides the signing of new assistant coach Seetoh “JohnGalt” Jian Qing, a Singaporean coach from Pacific Contenders. Along with adding another performance analyst and translator, it seems they’re adapting to their new, more Korean squad. But how will this new team perform in season two?

I’m rating the Los Angeles Gladiators a 7.5/10. Their DPS players are great in depth, with skill on each. Their tank line might need some time to get used to, but Roar is better than iRemiix was. Adding Ripa as a substitute that can communicate well with supports can’t hurt. The only issue is: will this team play as well without Fissure? We’ll have to wait and see.