Overwatch fans are creating insane content in the Workshop

Overwatch fans are creating insane content in the Workshop 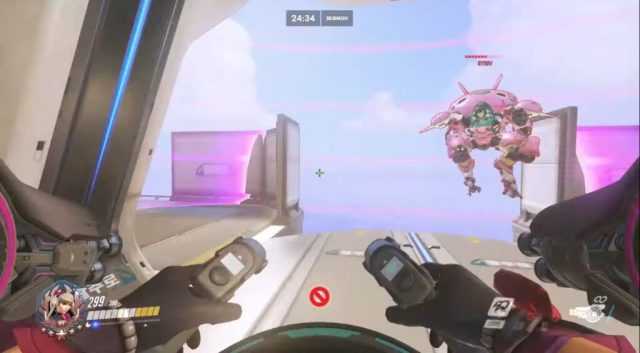 The Overwatch Workshop launched on the PTR for PC on Tuesday and fans immediately got to work creating crazy content. As game director Jeff Kaplan declared in the announcement video, new community-driven game modes, heroes, and experiences are on the horizon.

Seeing her cheery demeanor as she slowly freezes enemies to death, many in the community have dubbed Mei “Satan.” Wouldn’t it be fitting if she set foes ablaze with the blue flames of hell?

While Roadhog’s hook catches people and drags them in, Widowmaker’s allows her to swing through the map. What if Hog could do both?

Ever wanted to race across the streets of Numbani? Thought Super Hot would be good with multiplayer? Wanted to play Gun Game? Battle Royale? Bumper Cars?

All these and more have already been created by Overwatch players with the Workshop.

The new workshop feature in @PlayOverwatch is INCREDIBLE, there are going to be so many amazing custom games made with it. I have no idea what I'm doing but still managed to make basic Hammond racing with the help of my stream 😀

If you wanna play too the import code is: JWY47 pic.twitter.com/6PzzQgnKOC

But the Overwatch Workshop could also potentially be good news for esports. While Blizzard is able to control the patch played on by pros in their own Overwatch League and Contenders tournaments, third-party organizers lack that privilege.

Once the Workshop fully launches for PC and consoles, players will only need to enter a short code, and suddenly, matches can be played on the same version of the game all tournament long. Regardless of Blizzard’s balance changes, tournament organizers might be able to essentially revert patches and maintain consistency.

This is only the beginning

Fans have only just started to really delve into what’s possible with the Overwatch Workshop and the results already speak for themselves. As creators get deeper and deeper into scripting, it remains to be seen what kinds of intricate mods will be built. For more Overwatch content, see our recent interview with Lucy in Disguise, or check out Blizzard’s official Overwatch Workshop announcement.