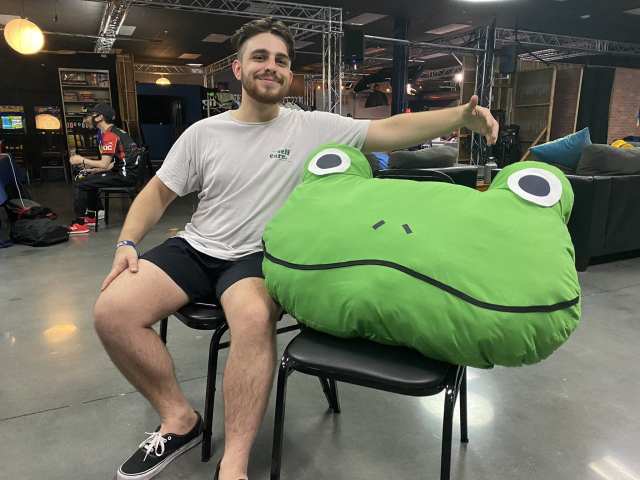 After two weeks in the LCS Spring Split, there hasn’t been much separation between any of the teams yet. Our power rankings are in an awkward predicament because most of the teams that looked strong last week lost to a team they shouldn’t have. Therefore, the rankings are a bit volatile at the moment. However, does this mean that the region is improving? Or does this mean the region is becoming weaker, with the subpar teams keeping up with the top of the ladder? We will have to wait and see if week three can provide us with any answers. Meanwhile, let’s get into our power rankings for week two.

4 game win streak, 1st on the standings, the season is just getting started #LetsGoLiquid pic.twitter.com/yNtuwNswwk

It’s hard to pin power rankings so early in the season but when you have a perfect record, it’s a no-brainer to who should be on top. Team Liquid has been looking perfect so far in their bid for a back-to-back-to-back LCS championship run. Picking up Nicolai “Jensen” Jensen in the mid lane has been a perfect addition to an already strong team. He leads all NA mid laners in kills, gold difference at ten minutes, and average experience difference at ten minutes. He is the perfect carry to complement the monster bottom lane duo the team has as well.

Speaking of which, Yiliang “Doublelift” Peng has become even stronger with the acquisition of Jo “CoreJJ” Yong-in. In fact, CoreJJ has kept his play at a world-class level and might have been a more important addition than Jensen. Liquid now has a multipronged attack that teams need to worry about, rather than one single source of firepower like last year. Get used to seeing them at the top of our power rankings, as they will probably remain at the top of the standings for most of the Spring Split.

… And this is where things get muddy. Besides first and last, the LCS hasn’t been looking too solid in terms of placement, although it is really early in the season. However, we can say for certain that FlyQuest has exceeded many people’s expectations two weeks in. We don’t know if their carries can stay consistent with their performances, but Eugene “Pobelter” Park and Jason “WildTurtle” Tran have been playing great so far. The only issue we can see is that they need to stay aggressive and proactive, or else they’ll end up falling behind like in the CLG game. However, over the past two weeks, they’ve been relatively consistent.

Pobelter has slid into the main carry role almost effortlessly, sporting the second-highest KDA of any LCS mid laner. His skills were on display last weekend, especially in his game against TSM where his beautiful Zoe play would net him MVP honors. Additionally, WildTurtle has looked surprisingly strong alongside Juan “JayJ” Guibert. The veteran ADC has the second-highest KDA next to Doublelift and has an impressive 80.4% kill participation.

TSM is an interesting case of untapped potential just waiting to explode, given the chance. However, it feels like many of their lineups have had that same title before. They have all the talent they could possibly need but just aren’t able to utilize it properly yet. Of course, Echo Fox and FlyQuest were two teams that TSM should have beaten on paper. However, by only beating one, it looks like TSM still needs to gel more in order to reach their peak.

The bright side to take from this past week is that it’s extremely early in the season, so there’s no need to panic. We need to remember that Jesper “Zven” Svenningsen is playing with a different support for the first time in three years. Sergen “Broken Blade” Çelik is a rookie top laner that has shown promise, but still needs to learn a lot in order to adjust to the LCS playstyles. Give it some time, TSM fans. They may look like a mid-tier team right now, but it’s not hard to believe they’ll jump up the power rankings when the season really starts rolling along.

Aaah we had this game, we threw hard gg CLG

Last week, we thoughts Cloud9 was shaping up to be a top-two LCS team. However, they would, unfortunately, prove us wrong with a loss to a surprisingly decent-looking CLG squad. There were some questionable draft choices by Bok “Reapered” Han-gyu in that matchup, but it ultimately came down to a few big misplays. For example, that red buff invade was a disastrous decision that stemmed from poor macro and communication. They clearly need to work on their synergy as a team, as do many of the teams in our power rankings.

Cloud9 shouldn’t drop into the bottom five of the league this season, as they simply have too much talent on the team to do so. Besides their game against CLG, Yasin “Nisqy” Dincer has been looking great in the mid lane so far. He actually has 30.1% of the team’s damage and has been a driving force for them in many of their team fights. With time, Cloud9 should be a contender this year.

A bounce-back week for CLG sends them flying up our power rankings for week two. Wins against two of the supposed top teams of the LCS will do that to a team though. The difference between the CLG of week one and week two was almost night and day. Their macro game was great in both their matches and all their players seemed to be on the same page. Although their match against FlyQuest was relatively uneventful, CLG managed to stick to their gameplan and win.

A 2-0 week may inflate their stock, but CLG fans will take what they can get right now. However, many CLG fans also know not to get too excited just yet. This team has a reputation for being very inconsistent, which was something we saw last year. Tristan “PowerOfEvil” Schrage has been looking good so far for CLG, but the team must work on staying firm with their decisions. They are facing 100 Thieves and Echo Fox in week three, and we could easily see them drop into the bottom half of the Spring Split standings again.

THERE. IT. IS. We went 1-1 this weekend and we’re so proud of our #LOLFOX boys performance! Ggwp @OpTicLoL

Echo Fox is another team that is hard to place in our power rankings due to the fact that everyone looks kind of mediocre. In their match against TSM, they looked weak and weren’t in-sync as a team. However, against OpTic Gaming, they were looking pretty decent together. Right now, they need to lean on Apollo “Apollo” Price and Nickolas “Hakuho” Surgent, as they are clearly their strongest lane at the moment. Additionally, Lee “Rush” Yoon-jae still needs to acclimatize himself to the LCS stage and

From what we can see, Echo Fox is a middling team at best. At the same time, if teams don’t start to improve, they could easily be a playoff team come the start of the postseason. This week, they have a pretty hard challenge ahead in CLG and FlyQuest. It isn’t tough to see them taking at least one game away from week three.

More games to come next week as we take on Golden Guardians and Team Liquid! #OPTWIN

OpTic Gaming is a team that may be better than they look so far. Last week, they played some of their Academy team in the LCS to pretty good effect. Their macro plays were surprisingly good, and their synergy is impressive given their time together. With a bit more experience, we could see OpTic Gaming creep up the standings and our power rankings. However, the only question that remains is how they will balance their roster time out.

This team also has plenty of LCS talent on their bench, from William “Meteos” Hartman to Noh “Arrow” Dong-hyeon. Although this current lineup may be working, will those remaining players be satisfied playing for the Academy team? Only time will tell how that situation will turn out, but I expect OpTic to rise higher in our power rankings later on in the season. They do have Team Liquid coming up in week three, so don’t hope for too much of a rise this week though.

We learned a lot from the games this weekend and will be working hard this week to come back stronger in Week 3! #LCS #CGWIN @Mcscrags pic.twitter.com/a01HxVXPgC

Clutch Gaming falls back down to Earth after a 2-0 first week. Consistency is key for this lineup as well, as they have some of the most hot-and-cold players in the league. For example, Heo “Huni” Seung-hoon can be a game-changing player if he wants to be, but he is also known for horrible slumps that last several weeks. He needs to find his groove in this lineup fast if Clutch Gaming wants to stay toe to toe with the rest of the league.

One bright spot on the team that we should mention is Tanner “Damonte” Damonte, who has only died twice this season. He is showing glimpses of greatness that Clutch may need to expand on, especially if Huni is struggling. Hopefully, this can be a breakout season for this young hopeful, who is third in kills amongst all North American mid laners.

As we’ve said, it is really early in the season, but 100 Thieves hasn’t shown us any good signs so far. For a team with this much talent on their roster, they have been completely underwhelming. However, we can also say that they’ve had one of the toughest schedules out of many of the teams in the league. They’ve already had to face Team Liquid, TSM, and Cloud9, who are three of the best-looking teams in the LCS.

As a brand-new team, they’ll need some time to grow together. Hopefully, Choi “huhi” Jae-hyun doesn’t stay at this level of play for this season and the rest of the lineup can improve over the course of the Spring Split. We can safely say that 100 Thieves should slowly make their way up our power rankings as we move through this year.

A tough loss, but GGWP to @100Thieves pic.twitter.com/iJUaf1zqKZ

As the only team that hasn’t secured a win yet, Golden Guardians look really weak right now. The middle of the pack may be muddy, but the top and bottom are clear. This team lacks plenty of aspects that a team needs in order to succeed. They may have the worst bottom lane in the LCS after adding Kim “Olleh” Joo-sung, whose weaknesses have been seemingly magnified now that he isn’t playing with Doublelift.

The rest of the roster isn’t doing too well either, which honestly just makes everyone think that Golden Guardians may end this split last again. Remember, Kevin “Hauntzer” Yarnell said in an interview, “Playoffs is a given. I’m confident in our ability to be top 3 in spring.” Sorry Hauntzer, but I seriously don’t think that’s happening.

What are your thoughts on our LCS Week Three Power Rankings? Let us know what you think in the comments below! If you want more LCS coverage, check us out here!