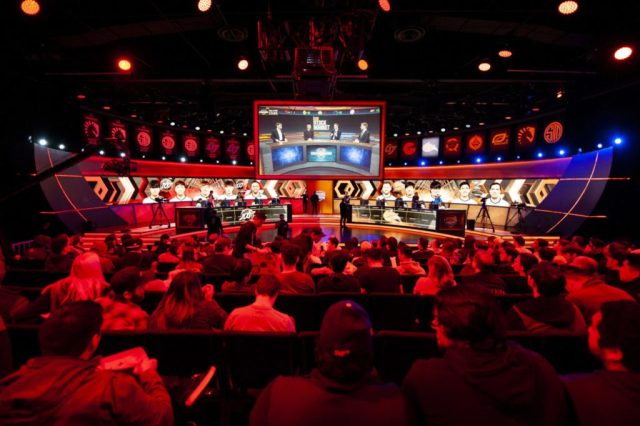 It’s looking like teams in the LCS are starting to find a groove as we go through week four of the 2019 Spring Split. We might be getting some semblance of separation between the true contenders, the dark horses, and the lower-tier teams of the league. Team Liquid has finally dropped a game, while TSM, FlyQuest, and Cloud9 all went 2-0 this week as well. However, we still have a mishmash of teams in the middle of the standings that are vying for a playoff spot as we approach the halfway point of the split. Let’s take a look at our power rankings for week four of the LCS.

The 2019 #LCS Spring Split Standings at the end of week four:

The mighty have finally fallen… okay, maybe it was just a slight hiccup. Team Liquid may not be finishing with an 18-0 record this year, but they are still the best team in the region. Like their fellow European super team, G2 Esports, their perfect record fell this weekend. However, this doesn’t mean much as it is clear that Team Liquid hasn’t shown anything from their bag of tricks. I am sure that come playoff time and beyond, Liquid will become a Goliath to many of these teams, so they remain the best team in our power rankings.

On the other hand, Cloud9 has stayed true to their path as one of the best teams in the LCS. They were expected to take down Echo Fox and OpTic Gaming, and that’s exactly what they did. It seems to me that Cloud9 has found their footing with their new mid laner Yasin “Nisqy” Dinçer. Their synergy is off the charts and, as a result, are one of the cleanest teams in the LCS. Clearly, these two teams are head and shoulders over the competition right now.

Meanwhile, FlyQuest has been surprisingly consistent coming into the third-place spot in our power rankings. With a 2-0 weekend over 100 Thieves and Clutch Gaming, they bounced back from their pretty disappointing 0-2 finish last weekend. Eugene “Pobelter” Park has become a reliable carry source, having the second-highest KDA of any LCS mid laner. Lucas “Santorin” Tao Kilmer Larsen has also been very impressive as well, with the highest KDA of any LCS jungler at the moment. Right now, FlyQuest looks like legit playoff contenders heading into the halfway mark of the Spring Split.

It’s funny watching TSM fluctuate from being a possible playoff contender to a bottom-five team. They went from losing to Golden Guardians last week, to taking down Team Liquid this week. CLG may have it in their name, but it is TSM who is being “counter logic” right now. However, the change in focus and pace is a welcome one and should give TSM fans some hope heading into the midway point of the Spring Split in terms of their consistency. Playing through the top side of the map with Sergen “Broken Blade” Çelik should work wonders for their success. Additionally, Søren “Bjergsen” Bjerg has also been very reliable for TSM in the mid lane, especially with the increased room to operate.

These three teams haven’t found enough cohesion to be considered a true contender but they are getting there, one step at a time. Lee “Rush” Yoon-jae doesn’t have 0-2 weeks, and the tradition would continue in week four. The Kind Boy fell to a dominant Cloud9 squad, but they ended up crushing a stumbling 100 Thieves. The Korean fan favorite has been very good in his time with Echo Fox and should be an integral part of their success moving forward.

Meanwhile, CLG finished with yet another 1-1 weekend, cementing their place as a rather average squad at best right now. Winning against Clutch Gaming is hardly worth celebrating, as they look like one of the worst teams in the league. They didn’t do themselves any favors with their draft against Golden Guardians too, so they’ll need to improve on a lot if they want to make a late-season push for the postseason.

Speaking of which, Golden Guardians are slowly but surely making their way up our power rankings. Their macro plays and team fighting look to have improved quite a lot from their first few weeks. Kevin “Hauntzer” Yarnell and Juan “Contractz” Arturo Garcia seem to have built some good synergy together, and if they can keep up this great play as of late, we could be seeing this team hop up the power rankings again.

100 Thieves had their worst showing of the LCS Spring Split last weekend, losing to both Echo Fox and FlyQuest. As a result, they plummet five spots down our power rankings. There seems to be almost no synergy building with this roster, as seen in many of their games. They were touted as one of the most-hyped lineups for 2019, but it is clear that they are not on the same page at all. Their drafts haven’t been too great either, and the problems keep piling up for this team as the season moves along.

OpTic Gaming still hasn’t locked down what roster they want to use for the rest of the season, and it’s showing in their results. This is their fifth loss in a row and should be giving off warning signs to the coaching staff and management. Don’t get me wrong, a lot of their losses have been very close, but the uncertainty might be getting to the players. They have had more success with their Academy roster, so maybe it’s time to give their young guns a chance.

Lastly, Clutch Gaming just hasn’t been able to get much going for them. Besides their surprising first week, they’ve performed horribly by losing every game since then. They’ve fallen back to Earth, and Heo “Huni” Seung-hoon has rapidly become the worst top laner in the region. He has the third-worst KDA in the entire league and is in the bottom three for gold difference at ten minutes, average experience difference at ten, and average CS at ten.

The brightest spot on this team might have to be Tanner “Damonte” Damonte, but even then, he hasn’t been playing too well. Still, we’ll give him the benefit of the doubt because he hasn’t had much support from anywhere else. Clutch Gaming will probably sit at the bottom of our power rankings for the rest of the LCS Spring Split.

What are your thoughts on our LCS Week Four Power Rankings? Let us know what you think in the comments below! If you want more LCS coverage, check us out here!