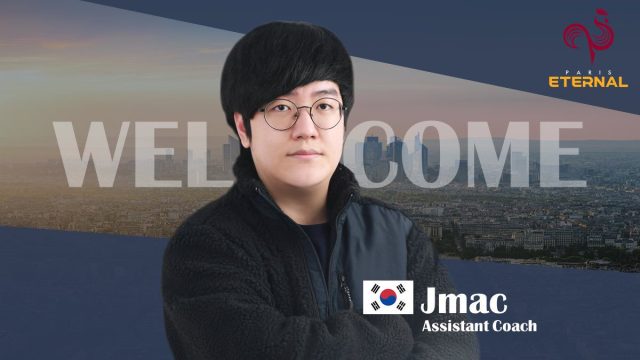 It seems this former Overwatch League player has returned to the league, after surprising many with his successful time coaching. The Paris Eternal have signed Korean assistant coach Dae-han “JMAC” Choi, former player for the London Spitfire. After being let go from the Spitfire roster over this off-season, JMac decided to try coaching for the first time. Not only that, but it wasn’t a small role, as he was head coach for the team Dark Mode NA. However, after leading them to a surprise third place finish, he’s evidently found his career path.

🇬🇧 We are delighted to announce the new signing of @JeungMac_ow as our new assistant coach for the 2021 season.#WelcomeJeungMac #Fiatlux pic.twitter.com/Q2tLb3Mzs8

JMac’s path to the Eternal

Going into his past, it’s clear his experience is what has landed him this job. As a player, he’s been in the competitive scene since late 2016, for teams such as UnLimited, Foxes, and LGE.Huya. His best performance was clearly in late 2019, when LGE.Huya defeated Team CC to win Contenders China. Even though his Gauntlet performance wasn’t great afterwards, he was a clear talent for a team to acquire for the 2020 season. This is where the London Spitfire, rebuilding, decided to take a chance and pick up JMac. However, even with his talents, the team was bottom of the APAC division and 17th to finish the season. London decided to release him, and his future was in question.

But, this all changed with a sudden coaching hire for North American contenders team Dark Mode NA. JMac was joining as the new head coach, as his first ever coaching role. Even more surprisingly, the team flourished under his coaching style. Their performances led them to a third place finish in the North American Gauntlet, despite mainly being known as an Open Division team. While the players for the team deserve recognition, they all ranted on how great JMac was as a coach. Fans were wondering if his sudden success was too late, if any team would even pick him up. Yet, the Paris Eternal got JMac as an assistant coach for 2021.

After all the bulk announcements the team made in December of 2020, this coaching staff pickup is late. But, with how JMac peaked at a later time, Eternal seemed to have snagged a potentially amazing coach for their roster. He coached an entirely American team to third place in a big tournament, despite having no experience coaching. This goes to show how he can work with rosters from different nationalities from his. Considering Paris’ roster is as mixed as can be, it won’t be easy for JMac and his new head coach Zouheir “GetAmazed” Baba. However, with his short but successful career as a coach, JMac can only learn and improve from here on out.