If you're not hyped for Doom Eternal, you should be - Upcomer

If you’re not hyped for Doom Eternal, you should be 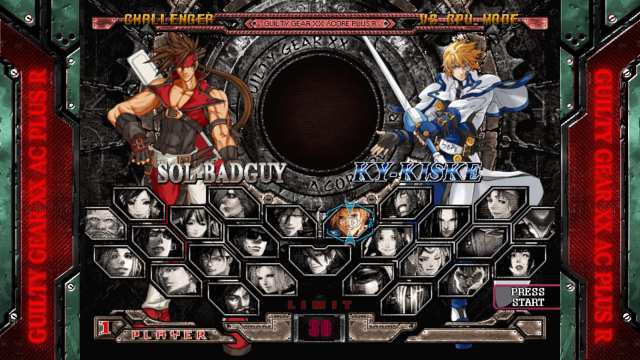 Bring out that excited kid from 1994 and grab the Doritos, because Hell is back on Earth. Bethesda rolled out the proverbial “big guns” at QuakeCon this year. Enjoying critical acclaim from their highly successful Doom in 2016, the studio finally revealed what they’ve been teasing. The sequel to their previous title will harken back to all of our childhoods in unleashing the hordes of the Doomverse on planet Earth.

Doom Eternal: In with the old?

In addition to some clearly awesome new toys and baddies, Doom Eternal is bringing back some old favourites from our first-person obsession of yore. Indeed, this Doom will feature Arachnotrons, Arch-viles, and Pain Elementals. Demons returning from the previous game range from Cacodemons to Revenants too. They’ve gotten some upgrades, however. The returning Baron of Hell now wields flaming swords, the imps have been given a more demonic look, and our boy Mancubus now looks much closer to his Doom 2 counterpart. Doom Eternal also offers some new baddies for our angry hero to deal with too.

Doomhunter draws some pretty clear inspiration from Doom 3‘s third boss, Sabaoth. QuakeCon released a final render of the baddie, describing it as an arch-nemesis of the player. It’s quite the formidable opponent, wielding a missile system, double chainsaw, and two plasma cannons. It also has a jet system, meaning that this guy will probably be pretty airborne. More is to come at a later date, as gameplay footage of Doomhunter has yet to be seen.

This guy means some serious business. The Marauder comes equipped with an Argent battleaxe and a double shotgun. Interestingly enough, it wears what appears to be a Praetor suit as well — the same suit you’ll be wearing. It also keeps a selection of glowing skulls around its leg, which could be a nod to Predator. Its eerie resemblance to the protagonist isn’t by accident, Doom Eternal‘s devs promise. It has an interesting backstory in connection to the player, which will be revealed in-game.

Doom Eternal is also offering a new type of dynamic damage system to monsters, which allows them to reflect both how much and what kind of damage they’ve sustained.

The developers over at Id Software have promised some new gameplay options this time around as well. For starters, Doomguy can now dash — even in mid-air — and double jump. In addition, the maps are designed for more of a free-roam style. They’re also considerably more vertical than the first game, which shows an interesting replication of Doom 1 and 2’s progression. While the gameplay mostly takes place on Earth, the developers assure fans that there’s more to it than that. They tease not only Phobos as another location, but likely Heaven itself as well.

Doom Eternal will be VERY multiplayer-friendly

Practically the only consistent criticism of Doom 2016 was its limited and somewhat lacklustre multiplayer mode. Between a lack of map voting, sparse customization options, and rampant cheating, it served as a weak point. This was the biggest major letdown, with Doom being the franchise responsible for the invent of the Deathmatch. This won’t be the case with Doom Eternal. Id has promised that it’s going to make Doom Eternal very social and bring back the multiplayer chaos we all loved.

Id Software clearly takes some inspiration from Dark Souls in its new “Invasion” mechanic. This allows players to invade players’ solo campaigns taking the place of demons. They can form hunting parties, and try to kill the player (as Doomguy) at set points in the game. Bethesda and Id have also heard the community feedback, however, and are offering more PvP options to really flesh out the Doom experience.

Oh, don’t you worry. It’s Mick Gordon once more. Doom 2016 received an unbelievable amount of praise for its soundtrack, and for good reason. Between the thundering drumming, crunchy guitar riffs, and ominous synth work, Mick easily set the stage for Doom. It only makes sense for a winning formula to continue, and from what we can hear from the music in the gameplay, he’s only improved. Doom Eternal will feature plenty of music good enough to throw on your phone’s playlist, rest assured.

Bethesda’s showcase didn’t state the official release date, and QuakeCon lists it as “TBA.” However, there is reported to be an Amazon listing claiming a December 28, 2018 release. This is widely considered to be simply a placeholder date though, and by all counts it looks to have a solid 2019 release date. Given the timing of Doom 2016, spring of next year would be the most likely and reasonable release date to expect.

Are you hyped yet for Doom Eternal? Why or why not?! Let us know about Id’s next juggernaut in the franchise below!