H2K mid laner Selfie out with injury for week seven 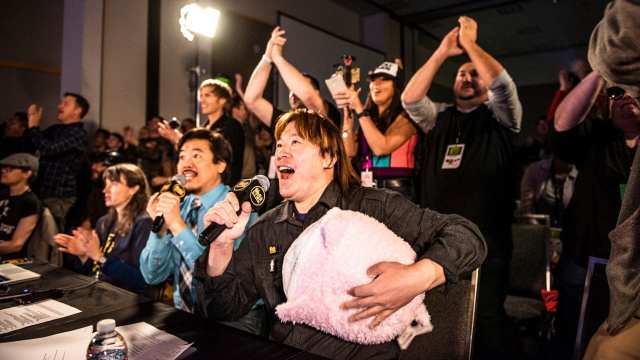 H2K’s season woes continue after their mid laner Marcin “Selfie” Wolski confirms that he will be out of the lineup for week seven. Last week, H2k’s substitute jungler Marc “Caedrel” Robert Lamont had to replace Selfie in the mid lane. Now, it seems that they are bringing up substitute mid laner Emil “Larssen” Larsson to replace Selfie for now.

Hey guys, i wont be playing this week because i'm still not allowed to by my doctor due to medical issue. Im almost certain i should be fine by the next week. But for now @Larssen00 will stand in for me this week, so please welcome him and cheer for him on his first lcs game!

This news is just more clouds on top of the storm for H2K Gaming. This has had the worst split of the organization’s history, as they have gone 0-12 so far in the season. They have not been looking good at all in any games they’ve played in. After fielding a completely new lineup at the start of the 2018 year and finishing fifth in Spring, hopes were relatively high. However, it is clear that this team may not even be LCS ready.

At the start of the Summer split, H2K’s veteran jungler and shotcaller Lucas “Santorin” Larsen would leave the team for North America’s FlyQuest.  Losing Santorin was a huge setback for an already struggling team. Without his experience as a jungler, as well as his decisive and aggressive calls, H2K has looked more and more lost as the season goes on. There isn’t a lot of synergy built up between the teammates, as in evident in the way they team fight.

Additionally, having multiple young members usually requires some sort of veteran leadership. H2K’s ADC Patrik “Sheriff” Jírů, Selfie and Larssen, are all 18 years old. However, the older players on the roster, such as Shook and Promisq, do not have leadership skills to guide the youth to success. This was a problem that many fans and analysts foresaw from the beginning of the year. A team comprising of all challenger series players did not give many H2K fans hope. It seems like their worries were warranted after all.

The fresh faced rookie mid laner has never played in the EU LCS. The last competitive team he would play on would be Ninjas in Pyjamas, who was relegated from the EU LCS in 2017. In 2018, Larssen would play in the ESL 2018 Premiership, the 2018 European Masters, and the 2018 Nordic Championship. Unfortunately, his team would not win any of the tournaments that they would enter.

It is interesting to see how he will play on the big stage. As a player with nothing to lose, he could bring passion and new tactics to the scene. However, he could also become overwhelmed and get dominated by the LCS caliber players in Europe. In fact, his first test this weekend comes against G2 Esports and their All-Star mid laner Luka “Perkz” Perković.

It couldn’t be worse for H2K in the mid lane though. Selfie has been statistically the worst mid laner in the EU LCS, landing dead last in kills and assists for all mid laners in the region. Last year, Selfie had a stint on Tempo Storm, a North American Challenger team. He would help the team get to the NACS 2017 Summer Playoffs, but eventual winners Gold Coin United would eliminate them in the semifinals.

It’s time for H2K to try anything they can to scrounge up a win. They have nothing to lose, so hopefully Larssen can make things competitive.

What do you think about H2K bringing up Larsson to replace Selfie? Let us know your thoughts in the comments below! If you want more League of Legends content, check us out here!