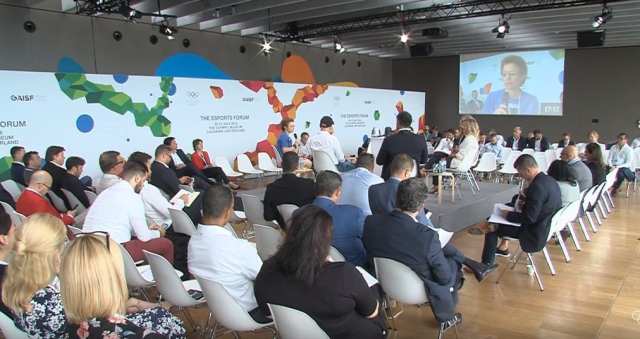 It was a huge weekend for esports at the Olympic forum. All the key players involved in the worlds of esports and the Olympics attended the meetings at the Olympic Museum in Lausanne, Switzerland. What is important to note is that there was a panel specifically focusing on gender equality involving the leading esports executives, athletes, and founders. They discussed wanting to see more women in esports.

At this session moderated by former NBA player and owner of esports Team Echo Fox, Rick Fox, they discussed the many challenges both in esports and traditional sports related to gender inequality.

“I believe that from the outset that there are no barriers for people to get into gaming or esports, but it’s easy to forget that there’s an incredible amount of bias, and hurdles in the way,” said Maria Stukoff, director at engineering learning project Maker Space, who previously worked with Sony. “It runs through education, it runs through parenting […] I think we have to be very mindful of those.”

“Women make up about 25% of the esports player base, so why aren’t they in the top? The fact is boys start much, much earlier. I believe if we can get girls early, playing as long as boys do, we’ll get women playing […] Women and girls simply aren’t getting that exposure. We need amateur leagues to build them up for pro events later.”

It is important to stress that there are in fact many all-girl competitive teams in esports. This includes the all-woman Counter-Strike: Global Offensive Team Dignitas Female, which were the first female team to win a championship for the Dignitas organization. Turkish club Beşiktaş Esports also has a roster of women CS: GO players.

A well-known female esports athlete, Geguri from Shanghai Dragons, spoke in a roundtable discussion covering the “Athlete Perspective” later on in the event, as well as Sasha “Scarlett” Hostyn, the only woman in history to win a major international StarCraft II tournament. (Way to go girls!)

This is an important step in the right direction for gender equality not only in athletic sports but esports as well and even better if we see it play out on the world’s biggest stage: Paris 2024.