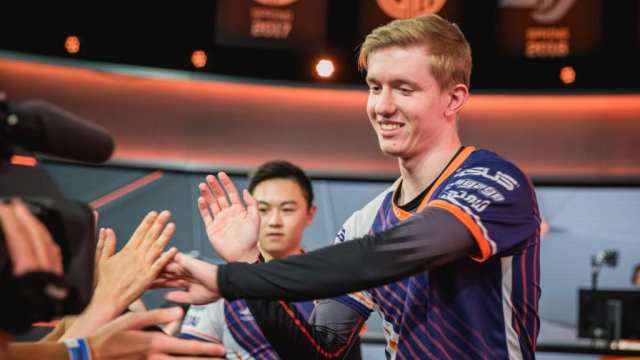 The @GoldenGuardians are expected to bring in @Froggen to man the mid lane, sources said to @JacobWolf.https://t.co/0ibxwtTrJ9 pic.twitter.com/ulQD5agvs2

With a shrinking mid lane free agent pool, it seems like some teams are being forced to reach for alternative options. Froggen has been pretty inactive over the last couple of years, taking to streaming a majority of the time. However, he is still a top-tier talent, showing off his exceptional mechanical skills on his Twitch channel. Many people are wondering whether or not he can still play at a high level, after taking so much time off.

The History of Froggen

Froggen was once a staple mid lane player in the EU LCS. Between 2012 to 2016, Froggen would play out his career first on the Evil Geniuses roster. He would then transfer over to the European superteam, Alliance. They would rebrand to Elements in January 2015 but would fail to find much success. He would eventually find his way into the North American LCS, where he would join Echo Fox.

He would spend almost two years on the team but would skirt the bottom of the standings for most of those years. The rosters that he would play with would be pretty lackluster. Afterward, he wouldn’t play professionally from November 2017 to April 2018. In April, he would compete in the European Masters Spring Main Event with Origen. They would end up sweeping Illuminar Gaming in the Finals to win the championship. However, the team would end up disbanding after the tournament.

Meanwhile, Golden Guardians are trying to upgrade their roster for next year. The team would struggle horribly for their first year in the league, finishing last in both splits. The team just could not find an identity in time to make a difference. In the Summer Split, they would begin pretty well in the mess of a meta that was implemented. However, as teams would adjust to the playstyles needed, they would begin to lose again.

Their mid lane would be a big problem for Golden Guardians, as their former mid laner Son “Mickey” Young-min wouldn’t play well at all. Beforehand, veteran Hai “Hai” Du Lam would not be able to use his legendary shotcalling as effectively as before. Additionally, Golden Guardians would lack a good veteran presence to help lead their players when the going would get tough. Acquiring Froggen could help solve these problems. His mechanical skills are still pretty good, as seen on his stream. However, it will be a challenging task for Froggen to get back in the competitive swing of things.

Overall, Froggen joining Golden Guardians could be good for the future of the organization. There are still some players with great potential on the team, like top laner Samson “Lourlo” Jackson and jungler Juan “Contractz” Arturo Garcia. If he can help enable those two players to make a jump in their development, Golden Guardians could surprise some people. However, only time will tell if Golden Guardians can improve from last place, or if everything was for naught.

What are your thoughts on Froggen joining Golden Guardians? Let us know what you think in the comments below! If you want more League of Legends coverage, check us out here!