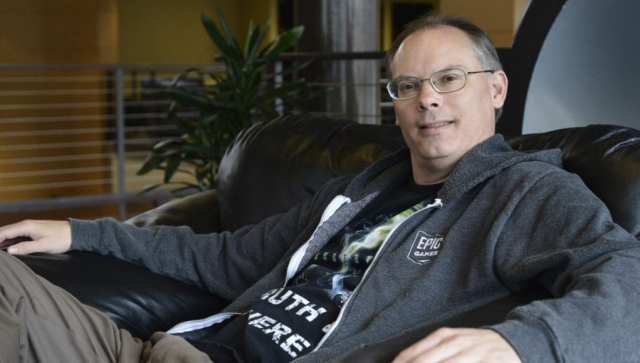 The founder of the company behind the worldwide video game phenomenon Fortnite, Tim Sweeney, is using his money in a rather interesting way: forest conservation. Since he began Epic Games back in the ’90s, Sweeney has used his billions to help conserve the forests located in the Carolina mountains.

Over the past ten years, millions have been contributed by Sweeney to various conservation projects and efforts taking place in North Carolina. He actually purchased about 40,000 acres of land and also contributed funds to Mount Mitchell State Park’s 1,500-acre expansion. What an amazing way to give back to nature and help preserve the nation’s parks and forests.

Sweeney has been involved in other efforts in the past including a whopping $15 million donation to preserve 7,000 acres of the Box Creek Wilderness. Sweeney helped with this back in November 2016. It’s not just the wilderness he cares about protecting, it’s the various endangered animals and plants he wants to help preserve as well.

It’s one of the most diverse areas in North Carolina. It has such rare plant and wildlife species, it seemed a perfect fit with the Fish and Wildlife Service. This is a first step – there will be other places protected. The goal is to connect South Mountains State Park to Chimney Rock. This is one piece of the puzzle.

He’s also doing this to keep the land out of the hand of developers who can and have ultimately destroyed countless forests and other areas all over the United States. It’s a noble cause and not one he plans on stopping anytime soon. His conservation efforts have been ongoing since about 2008.

In 2017, Sweeney bought 193 acres from Sizemore Brothers LLC for about $1.973 million. Following this transaction, his representative told The Mind Unleashed that the land would not be developed on.

As recently as last year, he did a similar thing when he purchased 1,500 acres of land in an area known as Stone Hills, which otherwise would have been developed into a golf course resort community. As the outlet reported, a local newspaper stated that should development have moved forward, it would have featured two “championship” golf courses, a resort hotel and spa, 1,050 homes, and about 90,000 sq. ft of various retail spaces. Sweeney, however, wants the land to remain in its natural state.

Good on Sweeney for truly giving back to nature with his ongoing efforts that don’t seem to be slowing down. Now we will have to see what else he continues to do in 2019.

Who would have thought that the founder of Fortnite maker Epic Games would be so big into conservation? It certainly blew my mind when I found out and makes me have a newfound respect for Epic and one of the leading people behind it.