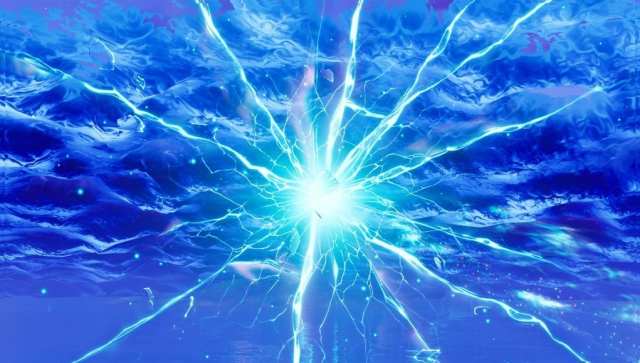 Fortnite is a game of theatrics. Epic Games has kept an entire community captivated by building suspense for its updates and season changes to the game. The Fortnite rocket launch, by nature, promised to be a spectacle. Players gathered for a singular event that occurred on June 30th in which the rocket launched from Snobby Shores and ended with a giant crack in the sky. This event took place across all games within Fortnite at 10:30 PM. Players flooded the servers on all platforms to watch the event occur.

It was expected that the result of the rocket launch would lead into the next chapter of the fan-favorite game. With a large, permanent crack left in the sky, Season 5 will surely begin on that note. Epic has mastered the art of anticipation which keeps a firm grip on its player base. It’s this anticipation that drew large crowds of players from all platforms at the same time to watch a one-time event unfold. Paul Tassi, a contributor at Forbes, jokingly noted that the event could be this generation’s moon landing.

In fact, this event was so highly anticipated that many players agreed to an informal armistice so that everyone could watch the event together. If you predicted that there’d be people who’d take advantage of the passive players and engage in an all-out slaughter, well, then you’d be correct. However, one particular player by the name of Elemental_Ray has caught everyone’s attention. During one game, Elemental_Ray’s opponents followed the rest of the community in waving hostilities and worked together to build a tall structure with a platform. This is where they all intended to watch the rocket launch from. Just as the launch was nearing, Elemental_Ray destroyed the structure that these players were standing on. Most plummeted to their deaths while Elemental_Ray walked away with the highest solo kill record in the history of Fortnite. He had 48 eliminations.

Thankfully, at least one player captured the ridiculous moment for all of us to see (skip to 5:08 for the record).

For better or worse, Elemental_Ray made one simple decision that will solidify him as a Fortnite legend. Many have cried out about the unfair circumstances surrounding the record. Elemental_Ray didn’t have a very strong kill/death and had no solo wins under his belt. Now he has claim to a record that is nearly impossible to beat. This, understandably, has many Fortnite players furious.

On the flip side, a large portion of the community finds this record-setting achievement to be both great and downright hilarious. Some believe it has all the potential to become a modern-day “Leeroy Jenkins” moment. The question many probably have is this: what does this mean for the future? Polygon noted that it could set a precedent. Future one-time event viewings may not play out as peacefully with players now trying to topple the legendary record. Of course, in the end, no rules were broken.

So, what side do you fall on? Do you absolutely hate the idea that someone took the highest solo kill record so easily from trusting players? Perhaps, it’s the improbability of being able to beat that record that upsets people the most? Or, maybe, this whole saga has overjoyed you with its absurdity. One thing is for certain: it’s a moment we’ll all be laughing at for years to come.

Let us know your thoughts in the comments below. And, as always, stay locked into Daily Esports for all the latest updates on Fortnite!