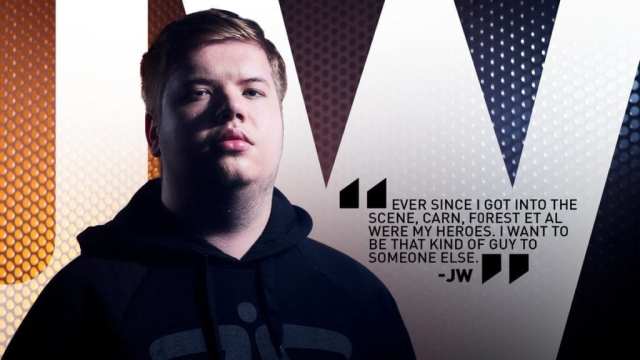 Two of the longest-tenured CSGO Fnatic members have decided to stick around a bit more. Jesper “JW” Wecksell and Freddy “KRIMZ” Johansson are extending their contract until 2022.

Thx for tonight everybody, some were probably expecting bad news but im hella excited to announce that me & @Krimz have signed a 3-year deal together with @FNATIC. Happy to keep reppin the black and orange. Tomorrow is off day and then we head to the major bootcamp! #AlwaysFnatic

The news would come after JW would tweet that he and KRIMZ have a big announcement to make. Many people were confused and assumed that there was going to be a big roster announcement. Some fans believed that they were announcing another addition to the team. Even though the fans were proven wrong, they are excited about the news anyway. These two players are some of the most legendary players in CSGO and in the organization.

JW and KRIMZ have had a storied past with Fnatic, one that dates all the way back to 2013 and 2014. JW would explain his choice in a press release on the team’s website, saying”

After pretty much five years straight (except one hiccup) in the organisation, I simply feel like I’m home. I know I won’t find a better home and I know I won’t make the same mark and create the same legacy elsewhere. I’ve always been a Fnatic fan. Ever since I got into the scene, cArn, f0rest et al were my heroes. I want to be that kind of guy to someone else, you know? It just makes perfect sense to me.

The hiccup that JW speaks of is when both he and KRIMZ left Fnatic in order to join European team, GODSENT, in 2016. However, after less than a year, the duo would return to their roots. They both have won multiple championships together and were apart of one of the most dominant CSGO rosters of all-time. Both members have multiple Major wins under their belt with Fnatic, especially through 2015 when the boys in orange were on top of the CSGO scene.

Meanwhile, KRiMZ had a lot to say about the contract extension, all positive but realistic. He would say:

I think our current roster is the best one we’ve had so far. We haven’t shown the same performances, of course, but i’m sure it will come eventually. Outside the game, I’ve never experienced something close to it, everyone is like a family, everyone is helping each other out whenever needed, inside and out of the game. Everyone wants to help bring out the best from each other. I’m confident we can defend our title in Katowice, that is obviously the goal. However, in terms of expectations and “predictions”, I would say we are going to be insanely disappointed if we don’t reach top four.

It is good that the veteran members of the team are staying optimistic but grounded. They know that they still have work to do in terms of success. However, with every other newer roster, they will need time to grow and learn together. There is plenty of potential with their teammates, like their 16-year-old prodigy Ludvig “Brollan” Brolin. He is one of the youngest players in the CSGO scene and will need the guidance of both veterans to succeed.

What are your thoughts on JW and KRiMZ extending their contracts with Fnatic? Let us know what you think in the comments below! If you want more CSGO coverage, check us out here!