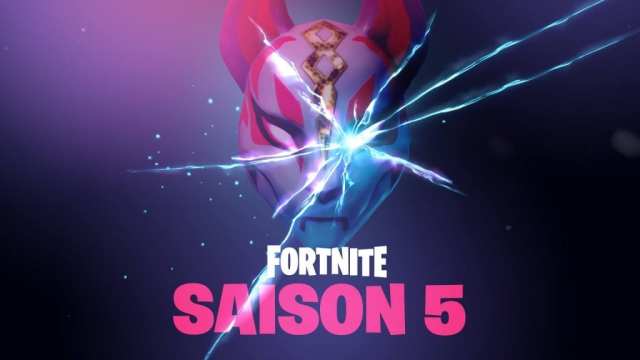 The first official teaser image for Fortnite Season 5 is now live in-game. The image appears on the list of new updates with the caption “Worlds Collide: 3 Days until Season 5.” This is the latest development in an ongoing viral campaign to hype Season 5.

Last season, a meteor struck the map, destroying the location formerly known as Dusty Depot. In preparation for Fortnite Season 5, however, Epic Games is pulling out all of the stops. Beginning with last week’s rocket launch event, players are seeing increasing changes with the map. Further still, the game is leaking into real life, with popular Fortnite landmarks appearing in our world. This latest image, however, is the first official in-game acknowledgment of the new season.

Fortnite Season 5: What does this new teaser reveal?

Season 5 is coming soon, and everyone has ideas of what’s involved. Regarding this new image, the internet is already abuzz with speculation. As mentioned by Reddit user Agrippina-minor, the teaser appears to be of Bastet. Bastet, also known as Bast, is an ancient Egyptian cat goddess. Others speculate that the graphic resembles a Japanese fox mask. Regardless, if either is true, this reveal supports the rumor that Season 5 will be history-themed.

Ever since the rocket launch tore a crack in the sky, various artifacts are appearing on the island. First, the new Drum Gun weapon mirrors classic “Tommy Gun” submachine guns from the 1950s. Furthermore, players are finding various changes in the appearance of numerous locations on the island. A new detective agency in Retail Row and the arrival of a retro horse-drawn carriage both support the history theory.

With only three days until Season 5, players are eager for any new information about Fortnite. Fortunately, we won’t have to wait long to see what Epic has in store.