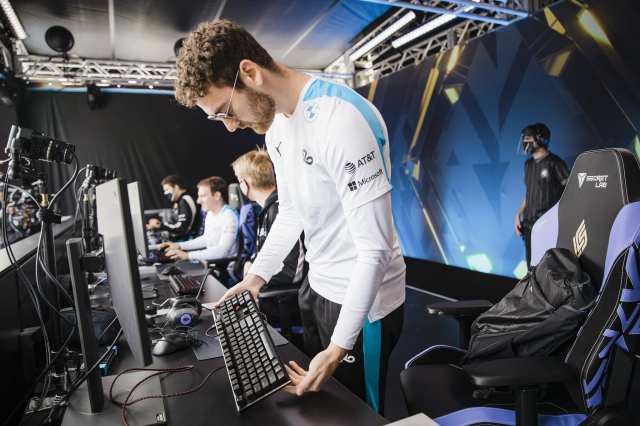 The next installment of FIFA may feature something every player has been waiting for: the Champions League. There are rumors that EA Sports has acquired the licensing rights for the Champions League, along with several other features. Below is a list of the rumored licensing agreements for FIFA 19.

At long last, FIFA may have finally secured the rights for the Champions League, along with the Europa League as well. For the last ten years, the Champions League and Europa League were the property of ProEvolution Soccer (PES). This left EA Sports to come up with its own version of the competitions. The good news is that now players don’t have to participate in the “Champions Cup” or the “Euro League”. Instead, they get the real deal. The new additions will definitely provide fans with a more authentic FIFA experience, as players will finally get the chance to participate in the biggest club team tournament in football.

While the rumor hasn’t officially been confirmed, the signs are all there. We know that PES’ licensing rights for both competitions expired after this years’ champions league final. We also know that, while doing an interview on Dutch television, Evert ten Napel of Fox Sports talked about how excited he was to have his voice featured in the new game mode.

Thanks to Eurogamer.net, below is a translation of exactly what ten Napel said;

For about six or seven days a year, I record updated lines [for the game] in the studio in Utrecht with Youri Mulder [another commentator]. In 2019 as well, the game will get even better, because they’ve added the UEFA Champions League and UEFA Europa League. I’m almost finished with the 2019 version, which will then go to the test centre. [In the test centre] some very good players will check everything and after that, it will go to the stores in October. And then all those weirdos will be standing in line again at midnight.

The interview can be watched in video form here.

With ten Napel all but confirming the rumors, this is bad news for PES. For the last 10 years, the major advantage that PES had over FIFA was the Champions League. Now that the deal is apparently done between PES and UEFA, FIFA just gained even more of a stranglehold on the football video game market.

Now if true, this will be a major announcement for FIFA as they will finally have the tournament they wanted. Could this be the big announcement at this years E3? My guess is that it’s true; FIFA 19 will be adding the Champions League and Europa League tournaments.

Serie A Licensing Agreement in FIFA 19

Another rumor is that FIFA 19 will feature Serie A and Coppa Italia. According to Italian publication Gazzetta dello Sport, FIFA gained exclusive rights to carry both competitions.  The Serie A Italian soccer league was noticeably absent from FIFA 18. The game carried its own imitation of the league, referred to as the “Calcio A.” The Coppa Italia was also missing, with the game featuring the “Domestic Cup” in its place.

This could provide a huge upgrade for career mode as the official trophy will exist in the game. This could also provide FIFA with the opportunity to feature more Serie A stadiums, player faces and also themed content for Ultimate Team.

Things just went from bad to worse for PES; Borussia Dortmund has ended their deal with Konami, the developer for PES. The Bundesliga club ended its deal early, which now means that FIFA can feature Borussia Dortmund’s players’ likeness, logo, and stadiums in the next edition of the game. After losing yet another licensing agreement, this could be the nail that buries PES. The only significant licensing agreement remaining with PES is for the rights to FC Barcelona.

Does this make FIFA the undisputed powerhouse in football video games? Let us know in the comments below. Also be sure to check back often for all of the latest FIFA updates, or read some of our recent coverage here.