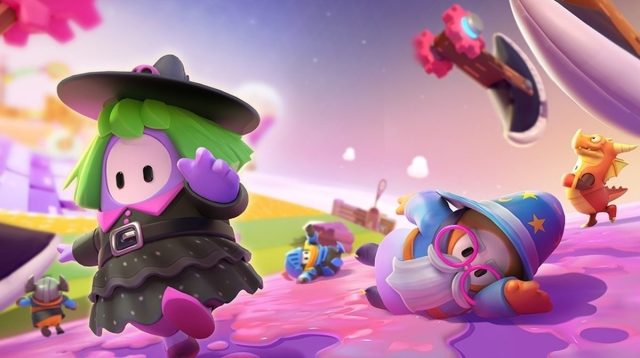 Mediatonic’s Fall Guys has led fans on a real-life challenge of solving a community puzzle. The goal? Getting a first look at what is coming in Season 3 of Fall Guys. Three hundred lucky Twitter users who replied to a tweet posted early this morning were sent an image: one piece of a puzzle. Fans have been working tirelessly on Twitter and Discord to fit the pieces together.

We've got a Fall Guys Season 3 puzzle for you…

THEN KEEP AN EYE ON YOUR DMS

This is gonna be fun 👀

Operation: Jig Sawus, the name of this little puzzle adventure, has fans coming together to solve the puzzle. So far, the community hasn’t done too bad! All 300 pieces have been released to the wild, and even the publisher Digital Devolver got in on the fun. The publisher scolded the Fall Guys account saying, “Our DMs are for business only, no #FallGuysSeason3 #JigSawus shenanigans please.” Included was one of the puzzle pieces though it didn’t give much help as to what to expect in Season 3.

Twitter user Coasterollie appears to have one of the most complete puzzles as of this writing. While still missing the majority of the puzzle there are enough pieces to get an early picture of some of the new elements coming to Fall Guys.

On the bottom left there appears to be a snowman outfit, which makes sense since we are about to enter the winter season. Players can likely expect more snowy outfits, emotes, and skins in Season 3. On the right of the image, there is a little bean with a purple costume on, possibly a duck? Maybe a chicken or even a turkey since we are just outside Thanksgiving.

The big reveal is in the background of the puzzle. A giant wheel, possibly the Jig Sawus rumored from the operation name. Multiple smaller holes dot the big wheel, with little beans coming out. It appears that players will have to dive through or face a slimy demise.

Keep an eye out for more Fall Guys reveals as the community comes together for this little social experiment.