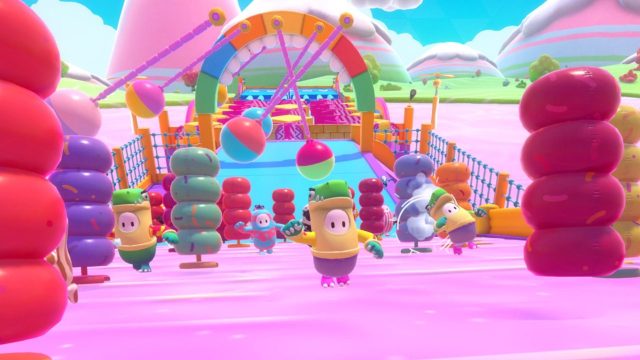 Since its launch, Fall Guys has been available to play exclusively on PC and PlayStation platforms. That could change very soon, according to a recent GamesIndustry.biz interview with studio Mediatonic. The development team indicated that support for play on Nintendo Switch and Xbox is coming. While nothing is concrete yet, the ultimate goal is for all major platforms to have this unique battle royale game.

Rumors of when and where have been swirling for a while and confusing many. Mediatonic wants to set the record straight and made some very important clarifications in this interview. Mediatonic co-founder Dave Bailey stated the following:

We want it to come to every major platform, and we’re working hard to achieve that. Naturally, crossplay is also in the works, so that when new platforms are added, players can connect across them. If we do that right, that can be a superpower for other ambitions around original games.

When will Fall Guys arrive on other platforms?

Fans are sure to be excited as Mediatonic attempts to set the record straight, considering some confusion that came a week ago. After the Xbox Game Pass Instagram account mistakenly told the world that Fall Guys was coming to the subscription service, Fall Guys publisher Devolver Digital clarified on social media that this was a miscommunication. While fans still have to wait for official word on the game arriving on more platforms, more recent statements inspire a more hopeful outcome for its multiplatform prospects.

Fans who are anticipating the upcoming fourth season of  Fall Guys should expect reveals for new costume designs coming soon. Another interesting tidbit that Mediatonic revealed is that the game exceeded their expectations with sales and popularity. Given content we’ve seen in previous seasons, the game can only improve from here. Fans will no doubt continue to jump and fall in the game after a Season Four announcement.