ESL One Cologne: Preview for the Playoffs - Upcomer

ESL One Cologne: Preview for the Playoffs 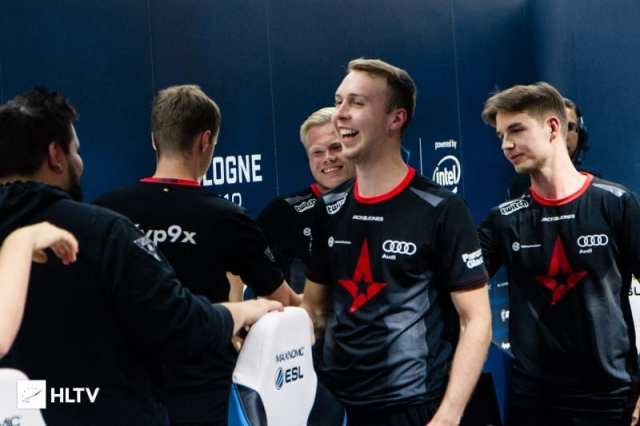 After many exciting games in the group stage, we now have our matchups for the playoffs here at ESL One Cologne. There were a few upsets, a few stomps, and a ton of action as we look back on how we got to this point of the tournament. Let us take a look at the playoff field with the six teams going in tomorrow.

The Danish organization looks like the best team in the tournament by far. They were able to steamroll G2 Esports, Cloud9, and ENCE, to no one’s surprise. Astralis have brought the momentum from their previous finals appearances, and are showing off their deep map pool and star power. They are a team you simply cannot show any weaknesses, and even if you play exceptionally well, they will still play better. The only problem I can see is Astralis on T side, and how in some instances they let the gas pedal go a little bit. In multiple maps, they allow their opponent to come back, as seen in the first matches against Cloud9 and G2 Esports. Even so, they are still the best team going into these playoffs. Let us see if they can solidify themselves as one of the best CSGO lineups ever made this weekend.

FaZe looks pretty strong after three days of games. They made short work of MIBR behind a couple of great performances from Karrigan. Many people are praising their stand in player, Jørgen “Cromen” Robertsen after multiple stellar games against Fnatic. For example, Cromen was 20-2 after 12 rounds in the first map against FNC. He is looking very comfortable on the big stage with his new teammates, and if Olofmeister is not ready to return to the team, he seems to be a very good replacement. Let us hope that he can continue playing at a high level, and the team plays with the same confidence in the semifinals.

Natus Vincere’s games were a bit too close for comfort. Their match against Cloud9 came down to the wire, and although they were able to come out with the win, the American team made Na’vi sweat. Let’s not forget their match against ENCE eSports, who would manage to take a game against them. The second game was also very close, which shows that Na’vi is not playing to the best of their ability right now. Hopefully, they are able to get their roster back in form, or else they may find themselves on the short end of the stick against Fnatic these coming quarterfinals.

Fnatic is playing at a very inconsistent rate right now. Not to take away from the brilliant games FaZe gave today, but if Fnatic were able to play at a similar rate that they did the day before, this could have been a different series. For example, JW was looking like a completely different player from the matches against BIG. KRIMZ and flusha were left to try to salvage what games they could take. However, I am not sure if anyone could stop Cromen, Guardian, and Rain today. They face off tomorrow against a completely beatable Natus Vincere. They just need to find that same groove they had against BIG, and they can come out on top.

G2 was looking pretty impressive until they hit the brick wall that is Astralis. However, they did put up a commendable fight against arguably the best team in the world. They were able to bring Astralis to overtime during their first game, on the back of some heroics by kennyS. However, during their second map, the Danish powerhouse was too overwhelming. G2 faces off against BIG, who just came off of a scrappy and exciting match against MIBR. We will need to see if they can stymie the hometown heroes this coming weekend to meet FaZe Clan in the semis.

It is great to see an underdog team proving all the doubters wrong. Everyone thought that BIG’s spot in ESL One Cologne was a wasted invite. However, they have shown that they too are ready to win the championship this year. BIG and MIBR gave us one of the most entertaining matches of the tournament thus far, behind some great play by nex and Smooya on his AWP. Maybe they can use this momentum to make a miracle run through the playoffs, and bring the trophy home to Germany in front of their home fans. They are facing some tough competition in G2, but everyone loves a Cinderella story.

It is not hard to imagine that this may be a FaZe vs. Astralis match up for the ESL One Cologne Finals again. Astralis looks absolutely dominant. However, I do think that this iteration of FaZe looks stronger than ever. Astralis does not have a breezy stroll to the championship this time around. Cromen looks exceptional for his first ever tournament with a new team. The rest of the roster has been playing at such a high rate as well. It would not be a surprise if FaZe could snatch victory from one of the best teams in Counter Strike. However, do not count out any of the other teams either. Upsets are never out of the question. All that we can confirm is that these playoffs will be one of the most exciting yet.

The playoff matches will be played in front of an audience at the prestigious LANXESS Arena in Cologne, Germany. All the matches will culminate with a best-of-five final on Sunday. The winner will take home $125,000 and a title counting towards the one million dollar Intel Grand Slam prize. Additionally, FaZe currently leads the race with three tournament victories to their name. Also, second place will take $50,000 while third and fourth will take $22,000. Catch all the action tomorrow, here on the ESL ONE website.

What do you think of the playoff picture at ESL ONE Cologne? Let us know your thoughts in the comments below. If you want more CSGO content, check us out here!