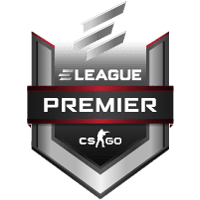 With a $1,000,000 prize pool, this year’s ELEAGUE CS:GO Premier 2018 pits the very best of the best teams in the world against each other. This year’s ELEAGUE has adopted a different approach by limiting the number of teams participating to just eight. In last year’s event, we saw a total of 16 teams, out of which five were qualifiers. The invited teams currently occupy the top 6 spots of the HLTV World ranking with the exception of fnatic (8th) and Cloud 9 (14th). Counter-Strike fans are in for a real treat this time.

The tournament kicks off on July 21 in Atlanta, Georgia and runs through July 29.

Group A consists of more American formations, with the exception of the Danish Astralis. The tournament opens with Astralis vs. Liquid and is followed by MIBR vs Cloud9 the next day.

Astralis: The reigning kings of 2018

Astralis is having a phenomenal streak of success. Ever since the Danes signed Emil “Magisk” Reif to their roster to replace Markus “Kjaerbye” Kjærbye in March earlier this year, they have been a major threat on each tournament. The team was victorious thrice this year, winning ECS Season 5 Finals, ESL Pro League Season 7 Finals, and DreamHack Masters Marseille 2018. To add to this, the Danes were also the runner-up of IEM Sydney 2018 and finished third at ESL One Cologne 2018 and IEM Katowice 2018. An impressive list of achievements for the Danish formation.

Moreover, they had an amazing streak of 14 straight wins starting from May 10. The streak was terminated at the semi-final of ESL One Cologne recently, where Natus Vincere stepped up their game and won 2-1, advancing to the grand finale. Nevertheless, Astralis remains as potentially the most dangerous team in the group. Their team morale must have reached unimaginable levels given the way that they have been playing.

Team Liquid has had a rocky year when it comes to team composition. The team started the year with Josh “jdm64” Marzano and Lucas “steel” Lopes on their active roster. However, jdm64 was soon replaced by Keith “NAF” Markovic, a 20-year-old Canadian. Steel was also replaced a few weeks later by Epitacio “TACO” de Melo, who was benched by SK Gaming (now MIBR) following their transfer of Jake “Stewie2k” Yip from Cloud9.

Liquid’s problem, however, lies in their inability to close out a final. This year, Liquid reached a grand finale twice, at ECS Season 5 Finals as well as ESL Pro League Season 7 Finals, losing both to Astralis. What’s more, the team finished third at StarSeries i-League Season 4, IEM Katowice 2018, and ESL One Belo Horizonte 2018 this year.

Even though Liquid has lacked the edge to close out or reach a final altogether, the team is very capable of being a major threat. Moreover, Team Liquid should be seeking revenge against Astralis in the very first game. A win would strengthen their position going forward as well as boost their morale by beating the current #1 team in the world. Surely, with the talent that is highly visible on the team, and the right determination, such a feat is possible.

MIBR: Made in Brazil… and the USA

The previous SK Gaming roster was not long ago renamed to MIBR (Made in Brazil). Interestingly enough, following the acquisition of Stewie2k, the team recently acquired Tarik “tarik” Celik, replacing Ricardo “boltz” Prass. This is the second both-American-and-Cloud9-player that the team has bought, making it not so much of a Brazilian formation anymore.

Anyhow, the team is not having a mind-blowing year given their results. The only notable achievements of the year are when the team finished third at the ELEAGUE Major 2018 and ESL One Belo Horizonte 2018. These are not the results one expects. When you have Gabriel “FalleN” Toledo, such an experienced AWP-er; Marcelo “coldzera” David, a fantastic all-around player; and Fernando “Fer” Alvarenga, a top-grade lurker; you’d expect way more out of this line-up. Additionally, signing tarik and Stewie2k should turn out to be an excellent move investment, once the Brazilian-American formation finally bonds well together.

Given the abrupt decision to replace boltz with tarik, it is highly unlikely that MIBR will perform like the SK Gaming we were used to. Stewie2k undergoing adjustment is a strain on the team by itself. Nevertheless, the formation cannot be underestimated. Each player is more than able to perform well on his own. Giving away free space for any player on this roster can be extremely dangerous for the opposing team. Individual performances aside, it is difficult to gauge how well MIBR will perform as a unit. Hopefully, these few days will be enough for MIBR to be in good shape starting July 22.

Cloud9: All downhill from the Major

Cloud9’s most notable achievement ever came this year in January when they emerged victorious at the ELEAGUE Major. The victory was a hard-fought battle with the talented FaZe roster. Unfortunately, from there, things took a turn for the worse. The organization failed to retain Stewie2k and their in-game leader, tarik. Additionally, the team was lackluster on each LAN that they attended, failing to achieve a respectable placement.

Now, the only remaining original Cloud9 players are Will “RUSH” Wierzba, Tyler “Skadoodle” Latham, and Timothy “autimatic” Ta. The team brought Martin “STYKO” Styk on board from mousesports. And now, the previous in-game leader for fnatic, Maikil “Golden” Selim, has also joined Cloud9 to replace tarik as the in-game leader. Both players are as stand-ins, however. This means that, currently, we are unsure about their future with this organization. Golden has previously shown his in-game leading skills when he led fnatic to victory at IEM Katowice 2018.

Cloud9 are clearly not the favorites of this group given their current circumstances. Lack of form and being dismantled piece by piece by their rivals MIBR are definitely not going to serve Cloud9 well in this tournament. It is going to be tough for the shattered team to advance onto the playoffs. If anything, Golden must step up as he did with fnatic while the remaining players have to rekindle that same energy that they presented during the Boston Major. This is the only solution for Cloud9 to be successful against the high-caliber teams they will face.

Predictions for Group A

First team to advance to the playoffs: Astralis

The Danish firepower has been firing on all cylinders this year. Not only are they the favorites to top the group, but they may very well be the favorites for winning the whole tournament.

Second team to advance to the playoffs: MIBR

I’m going to take a gamble here. Although the very recent addition of tarik may prove destructive at this stage, the individual flair that each player possesses could make up for the drawbacks.

Cloud9 is an obvious choice. Having two stand-ins and underperforming since the Major makes them the least likely to win anything here.

Liquid is likely to advance. However, they need perfectly coordinated team plays to overpower the remaining teams. Lack of individual plays may prove inadequate and result in elimination.