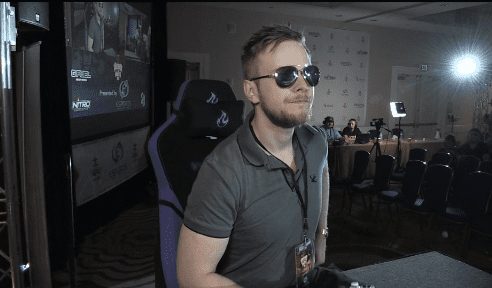 This weekend saw For Honor really shine as an esport in Defend the North. Hosted in White Plains, New York, DTN is a fighting game tournament dedicated to promoting video game culture. It’s primarily endorsed by Esports Ecosystem, a company devoted to supporting esports culture. In addition to For Honor, Defend The North also hosts other fighting games such as Street Fighter V and Dragon Ball FighterZ.

The tournament brought out some of the most skilled players in For Honor. Clutchmeister, the top-rated Berserker in For Honor, and VelociRaptor, the top duelist across all platforms, were notable competitors. Also among the top were Insane1rish, Shinobi BXXDYZ, and Freaks_nd_G33kS. The tournament saw some tough fights in the progression to the Top 8 finals, with stamina management and mind games rewarding those who made it that far. As previously stated in the Warrior’s Den, the rules for this tournament were the following:

The matches were played initially in the Temple Gardens Map in 2v2 brawl mode for streaming purposes. The contestants had to kill the extra players before beginning the match. The purpose of the extra slots was to provide spectators with a clear way to see the action. Killed players switch to spectating their teammates, making it an ideal method for streaming tournaments. There was also a strict “no stalling” rule that prohibited players from refusing to fight. If a player refused to fight for over 30 seconds or tried to camp near a ledge or wall, it would not be tolerated.

Additionally, hosting was done by the player with the higher seed on the bracket. Players had the responsibility of adding their opponent and creating the match.

In the Top 8, the event was live-streamed on the big screen and hosted by Teamsp00ky on Twitch.

Some notable performances in the preliminaries were from VelociRaptor and Insane1rish. Insane played Conqueror in a calculated and aggressive fashion, easily pulling ahead of his opponents. Leading up to the Top 8, it became clear that he would be one of the biggest threats of the night. VelociRaptor’s reputation precedes him, being considered the greatest duelist in For Honor among all platforms. He lived up to his reputation as well, decimating every player he came up against. Other notable performances included an excellent display of high-level Warlord play from Freaks_nd_G33ks and SM ogre playing a masterclass on Gladiator. Defend the Night was an unbelievable Saturday night to witness from most of the talent. Here are some fights that stood out:

Clutchmeister is a player with extensive knowledge about For Honor. Insane having considerable Conqueror skill, Clutch implied that he had a plan. Instead of playing his usual choice–Berserker–he opted to play as Highlander instead. Highlander’s offensive stance dominated with unblockables quite easily. Insane’s shield bashes were neutralized by Clutch’s mountain breakers, a brilliant move. The second game, Insane came back from a loss to tie it up with some well-placed movement and capitalization on wall cornering. Despite the Conqueror keeping the pressure on Clutch, the Highlander overwhelmed him. He came back again in round four, taking the game into round five. Clutch had figured his game out by then, however. He soundly defeated Insane in round five, taking Clutch further in the tournament and sending Irish to the losers circle.

Bxddyz Shinobi was another formidable opponent in Defend the North. Going up against the top duelist in the game, however, cut his work out for him. Raptor played the first game smart, keeping Shinobi’s dashes countered and utilizing bleeds very well. Bxddyz had some excellent mix-ups as well, landing a couple matches himself. In the second game, Raptor capitalized on the sidewinder move well and was on point with blocks. Using a longer ranged hero helped play against Shinobi, who relies on maintaining distance to control the fight. A great second game saw Bxddyz using choice guard breaks to tie it up to match five. Despite a great deflect from Bxddyz, Raptor won the fifth round, progressing in the tournament.

The Winners Final saw Clutchmeister face off against VelociRaptor. The top Berserker in the game versus the best duelist in the game. This was easily the best match of the night and has my vote as the For Honor match of the year. Having faced one another beforehand over the weekend, this match-up was as hyped as could be. Clutch landed some heavies using some feint game in match 1, taking a win. Round two saw Raptor landing a bleed and almost winning, but Clutch got a knockdown and capitalized.

The third round saw more of the same, giving game one to Clutch. Most trades saw Clutch’s Berserker dominating. Hyper-armour trades as Berserker makes him one of the best duelists in the game, hence the frequency in tournaments. The second game saw Raptor coming back strong, maintaining his distance and using hidden stance masterfully to win the first two matches. Clutch came back for the third and fourth matches, however, maintaining a vicious offensive. With a brilliant deflect, Clutch also landed the fifth match by whittling Raptor down. Raptor did come back and win game three after an intensely close fight.

The conclusion of the finals

Game four saw Raptor really turning it around. By now, he had figured out Clutch’s game and was countering rather effectively. However, Clutch was also starting to adapt to Raptor’s combos and figure out his play. This happens quite frequently in most combat sports, where both opponents must improvise due to each other catching on. The middle of the fourth game saw a phenomenal example of that, as both players switched it up. Opting for a more aggressive style on both players, the two top players brawled. Despite some very close matches, Raptor was able to take game four.

Game five was, simply put, one of those fights you watch esports for. Both players went all out, utilizing every single tool in their respective kits. This game saw Clutchmeister using more varied combos and moves. He also, having built up his feint game, was landing heavies. A lot. Raptor also completely switched his game up at several points, with devastating effect. When all was said and done, both players had won two games and it was down to the final match. Unfortunately for VelociRaptor, Clutchmeister had finally gotten his number. He managed to put Raptor away with some excellent axe-play, winning the tournament.

What did you think of Defend the North? Let us know!