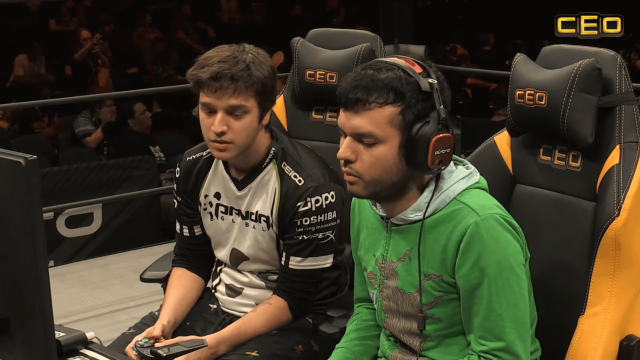 Cloud9 has finally found their replacement mid laner for next year. The team is acquiring 20-year-old European, Yasin “Nisqy” Dinçer.

Hailing from 🇧🇪 Belgium, please join us in giving a warm welcome to the latest member of the #C9LoL team, Yasin "@Nisqylol" Dinçer!

This news would come over a week after longtime Cloud9 mid laner Nicolaj “Jensen” Jensen would leave the team. Nisqy would state his excitement to join the team, saying, “I’m really happy to join the C9 Family, it’s an honor for me to be part of one of the biggest organizations in the world. I’m not here to fit Jensen’s shoes but to build my own legacy. I will work hard to make you guys proud and to repay Jack for his trust!”

The Belgian mid laner is coming off of a year with LEC team, Splyce. After replacing former mid laner Chres “Sencux” Laursen, he would have a pretty decent 2018. In the Spring Split, he wouldn’t have an eyepopping performance. However, in the summer, he would be in the top-three for KDA amongst all midlaners. He still shows plenty of promise, but what could he provide for Cloud9?

Cloud9 would have a pretty great 2018 run. During the Spring Split, the team would not have the greatest showing. They would ultimately finish fifth in the regular season, barely squeaking into the playoffs. Unfortunately, they would exit the postseason early after a loss to eventual NA LCS champions, Team Liquid. However, in the summer, they would have one of their best seasons yet.

At the beginning of the season, Cloud9 would struggle heavily, losing multiple games in a row and skirting the bottom of the standings. However, after committing to using two rookies in Robert “Blaber” Huang and Tristan “Zeyzal” Stidam, they would make a miracle run straight to the number one spot in the regular season. Again, they would suffer an early exit at the hands of Team Liquid, but luckily, they would win the Regional Qualifiers, sending them to Worlds.

There, they would put on the most incredible showing of any North American team at the tournament. Cloud9 would manage to make it through the Group of Death and would push all the way to a semifinals berth, a first for the region. Although they would fall to Fnatic in semifinals, Cloud9 was the first North American team to ever reach the Worlds semifinals, and the future was looking bright until Jensen decided to leave. It was a decision that blindsided many fans, as they did not see Jensen ever leaving the team.

We will have to see how Nisqy turns out on Cloud9, and if they can rely on him like they did Jensen. Jack Etienne, the CEO of Cloud9, would state, “Nisqy has been turning heads for a long time now and it was an easy decision for us to welcome him to Cloud9. The work he has put in to get here is second to none, and that work ethic is going to be a perfect fit. Welcome to the C9 family, Nisqy!” Of course, Cloud9 isn’t completely helpless. They still have the core of their group still intact, and with Worlds experience under their belt, their rookies should be well-prepared for the 2019 year.

What are your thoughts on Nisqy joining Cloud9? Let us know what you think in the comments below! If you want more League of Legends coverage, check us out here!