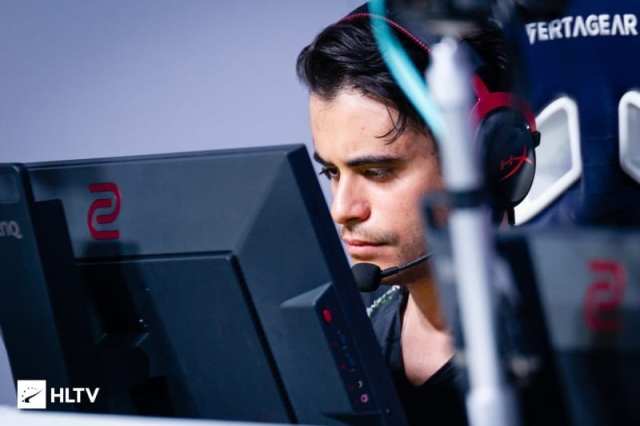 Cloud9 confirm via social media that Maikil “Golden” Selim and Martin “STYKO” Styk will both be playing for the team at the 2018 ELEAGUE CS:GO Premier.

We are pleased to announce that @STYKOcsgo will remain on the team and @goldennCSGO joins us as our 5th player! Both players will be Stand-Ins for #C9CSGO at the @ELEAGUETV Premier 2018. #LETSGOC9 pic.twitter.com/TfXrQH8b5g

Golden’s addition comes after Cloud9 lost their long-time in-game leader Tarik “tarik” Celik. With two spots on the team in limbo, Cloud9 desperately needed a player to fill in the shoes of Tarik. Pujan “FNS” Mehta remains on the bench as well. Golden was originally a member of the European team, Fnatic. He was the in-game leader for the Fnatic squad that would win the Intel Extreme Masters Season XII World Championship. He would also lead the team to win the 2017 World Electronic Sports Games.

However, after several disappointing showings at the 2018 DreamHack Masters in Marseille and at the Esports Championship Series Season 5 Finals, Fnatic would bench Golden. In his place, they would acquire Swedish AWPer William “draken” Sundin. As a result, Golden has been out of action since June. We will need to see if he can come back from hiatus in form for the premier.

On the other hand, this will be STYKO’s second event as a stand-in for Cloud9. The team would acquire him after the departure of another long-time member, Jacky “Stewie2k” Yip. STYKO’s first event with Cloud9 was ESL One Cologne 2018, where losses to Astralis and Natus Vincere would eliminate them from the group stage. However, it seems that STYKO was able to earn himself another shot with the team. Mousesports would bench STYKO prior to ESL One Cologne and replace him with Janusz “Snax” Pogorzelski from Virtus.Pro.

For the ELEAGUE CS:GO Premier, Cloud9 will be fielding:

The only players from the Cloud9 that won the ELEAGUE Major back in January are now RUSH, Skadoodle, and Autimatic. It is yet to be seen if Golden can build enough synergy with his new team in time for the next premier. It will definitely be a challenge for a completely new roster to take down the teams invited to the ELEAGUE CS:GO Premier in Atlanta. Top tier teams such as Astralis, FaZe Clan, Team Liquid, and Fnatic all have something to prove. Many of them were victims of upsets at ESL One Cologne.

Additionally, ESL One Cologne champions Natus Vincere will also be attending the premier. They will be looking to establish themselves as the best team in Counter Strike with another premier win under their belt. This will be especially crucial for the legacy of star player Oleksandr “s1mple” Kostyliev. He proclaims that he is the best player in the world, and this premier will be the perfect chance to prove it.

Cloud9 were lucky enough not to get FaZe Clan and Natus Vincere in their group. Instead, they have Astralis, Made in Brazil, and Team Liquid to face off in the group stages. Astralis shapes up to be a formidable, if not improbable matchup for the new squad. However, MIBR and Team Liquid are both very beatable and could pose a good route to a quarterfinals berth. Made in Brazil will need to work on their synergy with a new player, and Team Liquid is coming off a disappointing ESL One Cologne performance. If there was a group for Cloud9 to make a miracle run in, this would be it.

What do you think of Cloud9’s new roster? Let us know your thoughts in the comments below! If you want more Counter Strike content, check us out here!