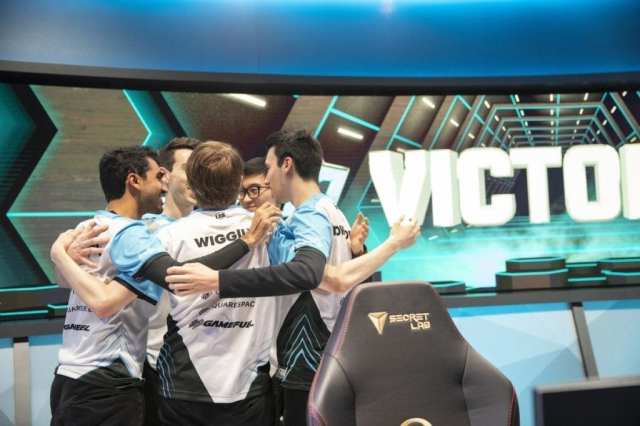 After an abysmal first week in the LCS Spring Split, CLG has rebounded quite well in week two. After adjusting their gameplans, they have defeated FlyQuest and Cloud9, two strong teams vying for a playoff spot.

Feels good to be improving! @DarshanU has some high praise for our coaching staff! #CLGWIN pic.twitter.com/E7nxTFo6Rj

CLG had been struggling a bit before this week, losing to Team Liquid and OpTic Gaming in week one. They were looking very out-of-sync, especially with their new teammates. Many people did not have much faith in CLG, given their past few seasons. They weren’t a top-five team last year, and haven’t been a true playoff contender for a couple of years now. However, they did make a pretty change in the lineup for 2019, replacing Choi “huhi” Jae-hyun with Tristan “PowerOfEvil” Schrage. Additionally, they brought up jungler Raymond “Wiggily” Griffin from their Academy team to replace Kim “Reignover” Yeu-jin.

Today, CLG would face off against Cloud9. Cloud9 was looking like a possible top two team in North America, having gone 2-1 in their past three matches. The day before, they were able to dismantle Golden Guardians in a really lopsided affair. Yasin “Nisqy” Dinçer has been looking really good in his first stint with Cloud9 and looks poised to have a good first season in the region. As a result, many fans and analysts would predict that Cloud9 would take down CLG pretty easily.

It looked good for Cloud9 early, with Dennis “Svenskeren” Johnsen finding an early kill onto PowerOfEvil. However, the game would start to tilt towards CLG’s favor when they’d catch Cloud9 out near their own red buff. With some great synergy and coordination, CLG would end up winning the teamfight with four kills, while not losing a single member themselves. As a result, CLG would continue to push their advantage.

HUGE 4 for 0 team fight for us! Let's bring it home! #CLGWIN pic.twitter.com/VgbhUlFy7Y

Nisqy and co. would manage to secure six dragons and two Barons throughout the game as well, which only contributed to their lead. Eventually, CLG would win the game in a slow, methodical style of play. With their three mountain dragons and three water dragons, they were able to chip away at turrets while constantly regenerating their health and mana back. With this win, they’ve hopped back up in the LCS standings, and North America is looking more and more competitive as the weeks go by.

CLG was looking much more together as a roster for week two. Their macro play was on point, and they got big leads as a result. Even though they had a couple hiccups in the late game, there weren’t any glaring mistakes that Cloud9 could take advantage of. We haven’t seen CLG play with such poise and control for some time now but as Darshan “Darshan” Upadhyaya noted, the praise may have to go to their new coaching staff. We will need to see if they can keep up this organized style of attack when they face off against Echo Fox and 100 Thieves next weekend.

On the other hand, Cloud9 was outdrafted and outplayed in today’s match. However, that is completely fixable and they still look like one of the better teams in the LCS. However, there are six teams that are currently 2-2. I’m not sure if that means that North America is a very competitive region or if that means that the LCS is a very inconsistent region.  They need to keep Eric “Licorice” Ritchie of Viktor, and let him play champions that he is comfortable playing. In fact, North America should keep every top laner off Viktor.

What are your thoughts on CLG’s 2-0 weekend? Let us know what you think in the comments below! If you want more LCS coverage, check us out here!