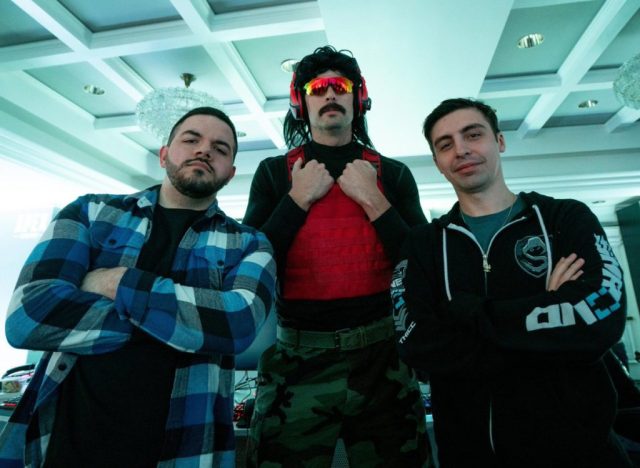 Today there are thousands of people streaming on Twitch. Hundreds of these streamers are now playing Apex Legends. With so many options, it’s hard to know what channel to select when you want to watch other people game. This guide will take a look at some of the top Apex Legends streamers and offer you some insight into who may be best suited for you. To do this we will divide streamers into four separate categories:

If streamers stick to a consistent schedule, that information will be provided. This way you can select a streamer that fits the time of day that is most convenient for you. Some of the names on these lists you will already know and recognize. Others you may not but are worth checking out.

Two quick notes before we go any further: The first is that many streamers play multiple titles. We’ve selected streamers who all play Apex Legends on stream regularly, but not necessarily exclusively. It’s worth having a few favorites in case your go-to choice is playing a different title that day. The second is that almost everyone on this list could easily have been slotted into multiple categories, as they are all very talented and entertaining. That being said, we have put streamers into the category that makes them truly stand out from the rest.

With all of that out of the way, let’s get into the list!

These players are the best of the best. If all you want to do is watch players win games, this is the list for you.

Coby “Dizzy” Meadows may only be 18 years old, but he is arguably the best Apex Legends player in the world. A former CS:GO professional, he is demonstrating that FPS talent translates extremely well to Apex. He won the first Twitch Rivals event alongside Ninja and KingRichard and both of the Code Red tournaments as well. As the competitive scene develops, this is definitely going to be the man to beat.

The most popular Apex Legends streamer, Michael “Shroud” Grzesiek is also one of the most talented. Another former CS:GO professional, he became incredibly popular through Fortnite, and Apex Legends has only accelerated his growth. He may dabble in other battle royale games more than Dizzy but is certainly someone to watch if you want to see victories.

Lucas “Mendo” Håkansson is a professional Overwatch player for the Houston Outlaws. He is also an incredible Apex Legends player, recently earning the world record for most kills in a match. Transitioning first from CS:GO to Overwatch and now to Apex, Mendo has demonstrated the ability to pick up any FPS title and play it at an elite level. He is one of the most talented Apex players in the world and is worth checking out whenever his stream goes live.

Getting wins is great, but sometimes you just want to laugh. If you want jokes, meme-worthy moments, and an all-around good time, these are the streamers to watch.

Herschel “DrDisRespect” Beahm has willingly adopted the bad-guy persona for the Twitch community. Gaining fame approximately a decade ago with Call of Duty, he has always been known for his antics and taunting of opponents. Unlike most other streamers, he plays a character on stream that is different from his real-life personality. This allows him to go way over the top with his comedy, which is well exhibited by the wig and mustache he adorns. His hilarious persona combined with his undeniable skill in FPS and battle royale titles makes him one of the most entertaining Apex streamers around.

Getting his start in the Halo community, Jordan “Legion” Payton is one of the best entertainers on Twitch. His outrageous personality makes him a natural comedian, and he has no shortage of characters he can play. He also mains Lifeline so is an excellent streamer to watch for all the support players out there. His dedication to his craft has steadily led to increasing popularity, and Apex is the newest platform through which he can shine. Check him out if you’re ever in need of a late-night laugh.

Tim “TimTheTatman” Betar is another excellent choice for those seeking hilarity to accompany high-quality gameplay. His desire to laugh and inspire his viewers is evident in every stream. Gaining popularity initially through CS:GO and Fortnite, Tim is now taking his stream to new heights with Apex Legends. As the only Caustic main on the list, he also offers great insight on how to use a character few top players pilot.

Are you trying to improve your own Apex Legends game? If you want to learn how to play like the best, tune into these streams. This is great gameplay accompanied by in-depth commentary that you will definitely learn from.

The former Call of Duty caster Jack “Courage” Dunlop has transitioned beautifully into full-time streaming. His colorful personality combines perfectly with his ability to articulate strategy in real time. This makes him one of the best streamers to watch in order to improve your game. He made the transition as Fortnite was exploding in popularity before Apex Legends was released. He has since proved he has the talent both in and out of the game to be a community favorite.

Richard “KingRichard” Nelson has won all three official Apex Legends tournaments so far playing alongside Dizzy. This NRG member is a well-known commodity to Twitch viewers and has built a reputation for being an outstanding player and educator across multiple titles. With his significant success in Apex Legends so far, he is building an even greater audience that you should be a part of if you want to improve your own game.

The sole female on this list, Anne Munition is no stranger to FPS titles. Dabbling in competitive titles such as Rainbow Six and Overwatch, she has proven herself to be an incredibly talented FPS player. She has taken to Apex Legends since its release, and her skill combined with the dedication to her craft make her an inspiration to her growing fan base. With only a handful of top Bloodhound players, she is certainly a streamer to watch and learn from. Especially if Bloodhound is your legend of choice.

These streamers are the jacks of all trades. For the best mix of quality gameplay, education, and high entertainment value, this is the category for you.

Tyler “Ninja” Blevins needs no introduction. The most popular streamer on Twitch throughout all of 2018 has become a household name. He achieved victory in the first ever events for Apex Legends, Fortnite, PUBG, and H1Z1. He combines his incredible skill with over-the-top reactions and emotion to be the best of both worlds. There is a reason he was the top-rated streamer last year, and he shows no signs of slowing down.

A streamer of many talents, Benjamin “DrLupo” Lupo plays and excels at every game he touches on stream. Getting his start with Destiny, he has since expanded into a variety of battle royale games, and his following has grown alongside him. Apex Legends is the newest title he has expanded into, and his early success with the game suggests he will keep playing it into the future.

Jaryd “Summit1g” Lazar is a retired competitive CS:GO player. Like with many others on this list, that FPS talent has translated into early success with Apex Legends. A popular streamer before Apex, he used the new title to bolster his audience even further. While he also spends many hours on stream playing Sea of Thieves, he has been playing significant amounts of Apex since its launch. The streaming veteran is a perfect blend of talent and personality and has consistently been one of the best in the business. Apex Legends should prove no different.

Did we leave an Apex Legends streamer off the list that you feel should have been included? Let us know in the comments below! For more Apex Legends content, check out our report on the Octane leaks and a potential battle pass release date, our Apex Legends lore analysis or our guide to playing an elite Lifeline! For future content, just stay tuned to our home page!