AOC reaches over 1.14 million views on Among Us stream - Upcomer

AOC reaches over 1.14 million views on Among Us stream 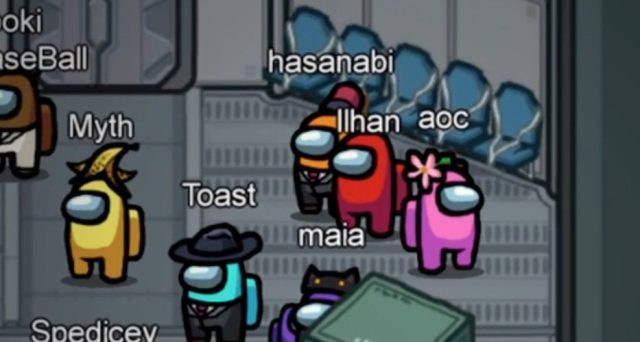 United States Representative Alexandria Ocasio-Cortez streamed a game of Among Us last night, featuring some popular names such as Pokimane, Disguised Toast, and Myth. Joining in on the fun was another progressive US Representative, Ilhan Omar. Once the stream ended, the numbers started kicking in, AOC’s stream reached over 435,000 Twitch viewers and over 51,000 followers.

Getting out the vote for the US election on November 3 is important, prompting AOC to connect with thousands of people through Twitch. The stream gathered over 1.14 million views on Wednesday night, with the VOD viewed over 4 million times. This is a pretty big milestone, considering that AOC is not a regular streamer by any means, but she used the attention to promote the importance of voting.

If you add up viewers across the various streams, more than half a million people are watching @AOC on Twitch — she’s hosting the biggest GOTV rally of 2020.

“Thank you all so much for joining my first ever twitch stream,” AOC started. “I guess I hope it’s not my last.” Her chatbox went wild with political and gaming enthusiasm from her viewers while taking us on a self-discovery journey on how to play Among Us.

Thank you so much for joining, Myth! I’m so excited this is your first time voting!

Additionally, this year will be TSM’s Ali “Myth” Kabbani’s first time voting, using Twitter to encourage his followers to vote as well.

It was nice playing with @AOC tonight! Thank you all for coming out and watching. Remember to vote this election as well. This election is my first time voting and its super easy to do so do it. 🙂

Having fun as an Imposter

Although she had some critics, most of AOC’s audience showed plenty of support. Although she didn’t have any experience playing the game beforehand, she showed some skill after knocking out half of her team before getting caught as an imposter. At one point, she expressed how bad she felt about killing off Pokimane, then proceeded to do so.

AOC in Among Us: "I can't kill Poki, she's so nice. I can't do that … okay, I think I have to do it." pic.twitter.com/RgzTaVOjvA

Overall, AOC’s peak viewership puts her on the top rank of the 20 biggest streams, as Richard “Ninja” Belvins currently holds first place with over 600,000 viewers in a 2018 stream featuring Drake. There’s no word on whether she’ll do this again, but if she does, then it’s no question on how quickly she’ll gather a large audience.