ANSOONJAE signs to the Toronto Defiant 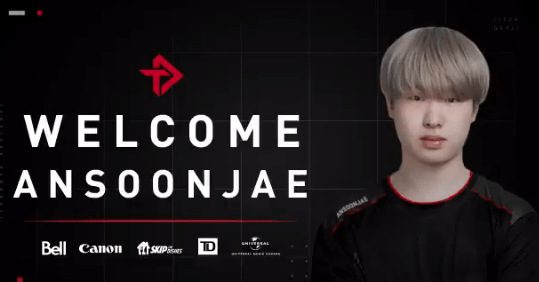 The Overwatch League’s Toronto based team just started signing new players to their rebuilding team, and another one just arrived. The Toronto Defiant have signed main support Soon-jae “ANSOONJAE” An, formerly of Element Mystic. This former Korean Contenders player seems to be in line with the plans the Toronto Defiant have. Clearly, they want to build a young team to develop over the next two years. AnSoonJae fills the main support hole that the team had.

Welcome @ansoonjae_ow to our roster as the main support for the 2021 season! *Pending League Approval #RiseTogether pic.twitter.com/LjbwC6HJ3i

To start, AnSoonJae is a young player who originally played for BM Raven in Korean Open Division. However, the team played well and made it into Korean Contenders after winning their Trials competition. After making into contenders, the team merged with BM Hawk to form Team BM, what it’s still known as now. Alas, the first week with them ended with the team finishing near the bottom. Yet, partway through the season, AnSoonJae got picked up by Korean powerhouse Element Mystic. He finished the season with his new team, getting farther with them than his previous one.

Playing mainly Lucio, Brigitte and Mercy, his end with Element Mystic was very good. He helped the team win a showmatch between China and Korea, where Element Mystic faced Billibilli Gaming. But, more importantly, he helped lead the squad to a semi-final finish in his second season with them. In that season he proved his worth on the roster, and was the third player leaving for the Overwatch League from it.

Despite the long time since the first brand new signing for the squad, the past two have come by quickly. Toronto earlier this week signed flex support Jeong-su “Aztac” Park, who AnSoonJae lost to in those recent Korean Contenders semifinals. It seems that these two will now be the new support duo for the Defiant, and it shows promise. Even though they haven’t played together in the past, they do have experience against each other in Korea. Plus, being young talents, they will grow as the season goes on. As the Defiant are planning to go young and keep most players over the years, this stays in line for it. Now, time to see what other players help these youngsters develop and win in the Overwatch League.