ZeRo wants to take part in a YouTube boxing event

ZeRo would prefer boxing over Smash 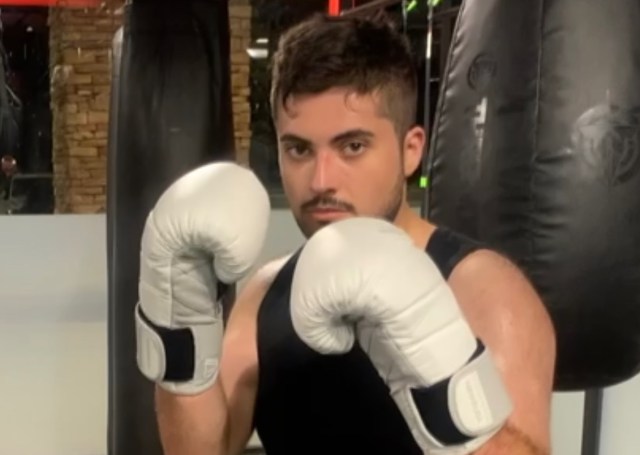 Disgraced Super Smash Bros. Ultimate pro Gonzalo “ZeRo” Barrios has returned to content creation, although he’s not too sure about continuing with Smash after feeling shunned by the community. Instead, ZeRo has been playing VALORANT and is apparently looking to take part in a YouTube boxing event.

ZeRo was once considered one of the best Smash players in the world. In Smash 4, he won over 50 tournaments in a row. But in 2020, ZeRo was accused of inappropriate behavior with a minor, resulting in him being all-but banned from the competitive Smash scene. He responded with a lawsuit against Jacqueline “Jisu” Choe, which eventually led to the initial lawsuit against him being dropped.

With the lawsuit over, ZeRo decided to pursue his content creation career once again.

During his hiatus from content creation, however, ZeRo had gone through a transformation. He appeared a lot slimmer and had apparently become obsessed with fitness. One of his passions had become boxing.

On Twitter, ZeRo said he’d been “grinding the sport,” which had become his “new favorite hobby.” As everyone marveled at how he looked like Little Mac, ZeRo added that he would love to do a YouTube boxing event.

Been grinding the sport. Became my new favorite hobby. pic.twitter.com/mIc91jwRuk

Fans started telling ZeRo to join Creator Clash 2. Some wanted to see him lose, still adamant that he was guilty of going after minors. Others, however, commended him on his hard work and told him to keep at it.

The two extremely different reactions are exactly what makes for a good opponent in a celebrity boxing event. Other contestants that take part in these livestreamed events are often controversial figures that some people just want to see get punched in the head.

I’d love to get involved into the YouTube boxing scene and get on a fight at some point. In the meantime I’ll just keep grinding.

ZeRo isn’t on Jake Paul’s level just yet, but it wouldn’t be too surprising to see ZeRo in a YouTube boxing stream in the near future.