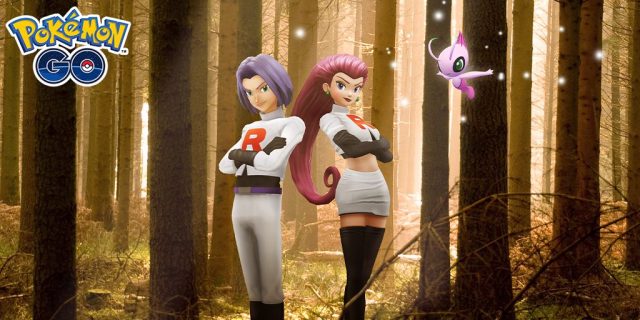 It’s an exciting time in Pokémon GO between the release of Kalos Pokémon, a new level cap, and a new GO Battle League format. Niantic isn’t pressing the brakes, however, and soon, players will be able to encounter a shiny Celebi in Pokemon GO.

A new event about the upcoming Pokémon movie Pokémon the Movie: Secrets of the Jungle, will include shiny Celebi along with other content. Here’s what we know about the event, including when it is and what you have to look forward to.

Pokémon the Movie: Secrets of the Jungle event

The new movie-based event in Pokémon GO will begin on Monday, December 14, at 8 AM local time. Shiny Celebi will highlight the event and you will be able to get it by completing a limited-time special research story with Jessie and James from Team Rocket.

In addition to helping you with the research story, Jessie and James will appear in Meowth balloons during the event as well. You will get Mysterious components and shadow Pokémon as a reward for defeating them.

You will find other Pokémon during the event

During the event, you will encounter other Pokémon from the movie in the wild, in raids, and in eggs as well. Here are the different creatures that will appear:

Explorer Pikachu will also be in the wild and in raids during the event.