Yeez joins Florida Mutineers as a substitute for 2021 CDL season

Yeez joins Florida Mutineers as a substitute for 2021 CDL season

Florida adds a young gun for the remainder of 2021 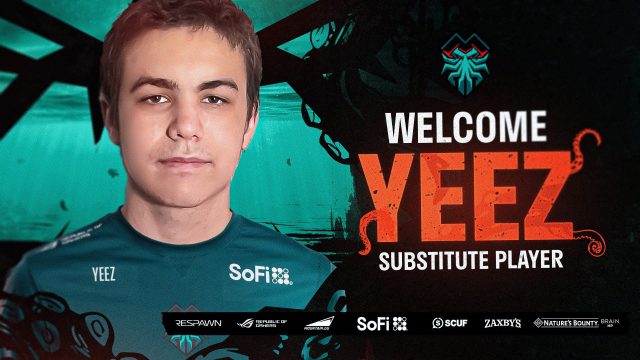 The Florida Mutineers have made perhaps the last roster move of the 2021 Call of Duty League season. While it likely won’t affect Florida too much, they’ve signed promising amateur Christian “Yeez” Faircloth as a substitute. The move was leaked prior to the official announcement but the Mutineers have now officially signed the player.

Yeez has competed with great success in CDL Challengers this season. His teams consistently placed highly in Challengers events and he’s seen as someone who has what it takes to compete at the next level. With the direction the CDL is headed, housing young talent is never a bad move and Mutineers have some potential options for next year.

No one could have seen it coming…

The growing trend of amateur players in the CDL is likely a factor in why Florida locked up Yeez so late in the season. Over half of the rosters in the league have started rookies this season. Most of the rookies even performed at a high level, leading the way for their veteran teammates to improve.

Though he may not start this season, it’s clear the Mutineers are looking to the future by signing Yeez. He recently took home the Challengers 2021 Elite North America Stage 5 Playoffs championship on July 14. His recent performances seemingly tipped the scales for Florida, who reportedly brought him in for a tryout after benching Josiah “Slacked” Berry earlier in the season. The decision to sign Yeez was also likely brought on after Florida fully released Slacked last week.

The Mutineers are set to compete in the Stage 5 Major and CDL Champs in the upcoming month. They have a promising lineup of young talent, including Travis “Neptune” McCloud, Cesar “Skyz” Bueno and Joe “Owakening” Conley. Not included on that list is Colt “Havok” McLendon, who could see his spot taken by Yeez in the offseason. Havok has statistically performed the worst out of the four members in 2021.

However, that decision is still months away. For now, Yeez will learn from the roster as a substitute and fill in if needed at the Stage 5 Major or Champs.