Here is how to get El Diablo's settings in-game 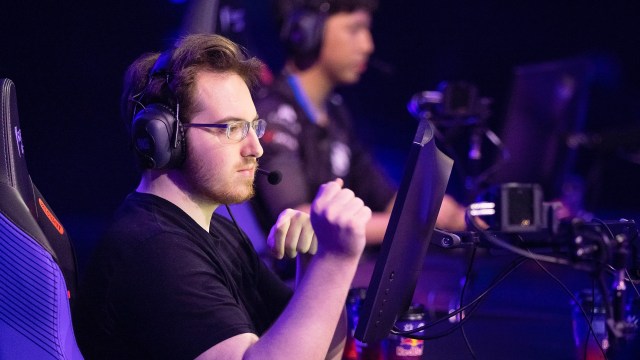 Provided by Riot Games. yay, playing at the VCT 2021 Stage 3 Masters in Berlin.

After making his name as one of the best players in 2022, here are current Cloud9 duelist Jaccob “yay” Whiteaker’s settings in VALORANT, from in-game to crosshair and keybindings. In playing for OpTic Gaming throughout the VALORANT Champions Tour, yay rose to fame and success across the 2022 season. Known for his Jett and Chamber play, some of his key moments were winning VCT 2022 Stage 1 Masters and finishing second at Champions in 2022.

So, if you want to run similar settings to one of the aim gods, let’s start with the in-game settings and keybindings.

To start, yay runs pretty standard video settings for a competitive player. The screen resolution is 1920×1080, with a 16:9 aspect ratio. However, where most players use the fill aspect ratio method, yay uses letterbox alongside fullscreen. Alongside that, he runs almost all graphics settings on low asides from the UI quality, which is set on Medium. Multithreaded rendering is on, along with Vignette, but V-Sync is off.

Anti-aliasing is at MSAA 4x, with 4x anisotropic filtering on. Also, improve clarity and bloom are on, but the rest of the graphics settings are off or at their default. Plus, yay uses the Yellow enemy highlight color instead of the default red.

As for the keybindings for yay, one big difference is that yay uses C to crouch instead of Left Ctrl. In fact, he uses Left Ctrl and Mouse Wheel Down to jump. While he keeps his ultimate button the same as default, the rest of the abilities keys are different. Yay uses Mouse Button 5 for ability one, Z for ability two and V for ability three. Asides from that, everything else is the default.

For map settings, yay uses a rotating map based on which side he is on. It is always centered on the player, with a 1.2 minimap size and a 0.65 map zoom.

The only other thing that he changes differently from default is the vision cones, turning them off.

Much like Michael “shroud” Grzesiek, yay’s crosshair focuses on giving him something accurate and not distracting. One of the biggest differences is the color, with yay running a white crosshair.

Asides from that, he runs no outlines, and no center dot, with 1 Inner Line Opacity, 4 Inner Line Length and 2 Inner Line Thickness. With 0 Inner Line Offset and everything else off in the crosshair settings, that leaves yay with a small white plus sign in VALORANT.

Related: Read about the best controls and settings in VALORANT on Dot Esports.