Xyp9x renews his contract with Astralis until 2025

Xyp9x renews his contract with Astralis until 2025 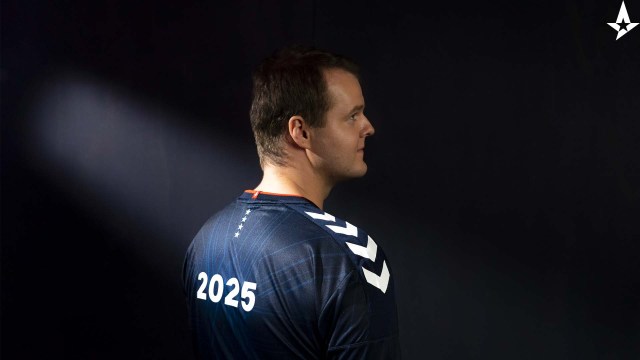 Counter-Strike’s clutch minister, Andreas “Xyp9x” Højsleth, has signed a four-year contract extension with Astralis. Xyp9x has been a part of Astralis’ CS:GO team since Jan. 18, 2016, shortly after the org was founded. Throughout that time, he has made a name for himself as a part of the most successful roster in CS history, winning four majors and over nine million dollars in prize money.

“Astralis has been a part of me for so many years,” Xyp9x said in the statement. “It is no secret that I had other options, but I am truly excited that we have come to an agreement that means I can stay right here, where I feel at home. With my future settled, I can now use all my energy and focus to get the team back where we belong, starting with the coming tournament in Stockholm.”

“Andreas is a key to what we want to be as a team today, but also in relation to the long-term development,” Kasper Hvidt, Astralis’ Sports Director, said. “Therefore, it is a great satisfaction to everybody here, we have reached an agreement on a contract that gives us time and room to get even more out of Andreas’ skills and personality. Astralis is in his blood, and I believe we will see a re-vitalized “Xyp9x” going forwards.”

Really happy that Astralis and I found each other after all – extremely excited that our journey continues, and let’s bring back where astralis belongs👆 https://t.co/jGR5hPgLfJ

Since Nicolai “dev1ce” Reedt left to join Ninjas in Pyjamas, only Xyp9x and Peter “dupreeh” Rasmussen remain from the original Astralis roster. Long-time teammate and IGL, Lukas “gla1ve” Rossander, was added to the squad shortly after in 2016. But, it was only when Emil “Magisk” Reif joined in 2018 that the team hit their winning streak.

After a year of temporary leaves, the core major-winning roster will reunite to play the upcoming PGL Major Stockholm, with the young AWPer, Philip “Lucky” Ewald, replacing dev1ce. Astralis will go to Stockholm as returning champions, looking to add a fourth straight major victory to their already impressive trophy list.

“We go to Stockholm as reigning champions, and even though the competition is tougher than ever and we do not play with the exact same line-up, we enter the tournament with a new hunger with players who know what it takes to win the biggest title of them all,” Xyp9x said.

Xyp9x is the second player in the core line-up to sign a contract extension, with gla1ve already committed to the team until mid-2024. That leaves Magisk, dupreeh and coach Danny “zonic” Sørensen as three key member with contracts coming to an end in the new year. As of now, the team is fielding a six-man roster, with Lucas “Bubzkji” Andersen waiting in the wings. There are also rumors circulating that Danish free agent, Kristian “k0nfig” Wienecke, is close to signing a deal with Astralis.

“I have had a lot of honest talks with the organization about ambitions and expectations, where Astralis is today, and the direction, we’re moving in,” Xyp9x said. “I have a really good feeling about the development on the team and organization, and I have no doubt Astralis will have an exceptionally strong position in the coming years. I am equally happy and proud to be a big part of that development.”