Discord is finally being integrated on the Xbox platform 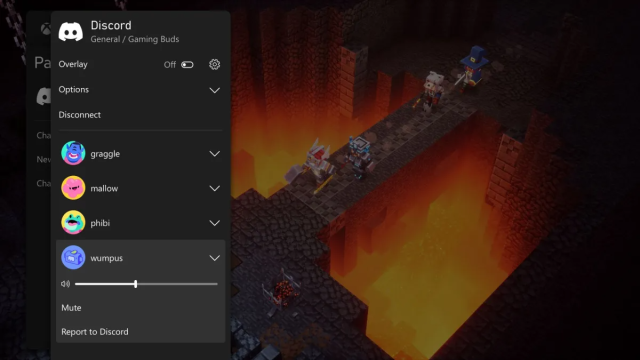 Provided by Xbox Discord will launch on Xbox for select insiders Wednesday.

Through a new blog post, Xbox announced that select insiders would be receiving support for Discord voice chat as soon as Wednesday.

Discord is one of the most popular voice chatting applications in the world, supporting millions of users on PC. However, the transition to consoles has been slow for the application, even with Sony’s recent acquisition of the company. While Sony bought Discord over a year ago, it seems the Xbox consoles are more prepared for the app’s integration.

Xbox stated that both Xbox One and Series X|S would be receiving support for Discord voice chat. The company also said only select insiders would see an update go live to enable the support at first. However, the hope is that the feature “will be available soon for everyone.”

This addition essentially means Xbox and PC users can now more effectively communicate when they’re playing a cross-platform game, such as Halo Infinite or Call of Duty. Of course, players can also use it to communicate with other players on Xbox, just as they would with traditional party chat.

Discord Voice is coming to @Xbox. Hang out with Discord friends on voice chat while playing console games.

The current version of Discord on Xbox will only have support for Voice Chat, meaning text chat will still need to be done through traditional means. The rest of Discord’s features will be the same, though. Players can see who is in their current call, who’s speaking and adjust the sound for every member of the call. Players can also switch between Discord and Xbox game chat seamlessly, Microsoft said in its announcement.

To use Discord, you need to be at least 13 years of age. If you want to truly streamline your experience, you can download both the Discord and Xbox mobile apps. From here, you can open Discord, press the new button that says “Join on Xbox,” and follow the steps to connect and transfer your accounts that way.

Hopefully, this integration will go smoothly and Discord also launches soon for PlayStation users. At the moment, PlayStation users can only link their Discord and PS accounts; there’s no further integration as of yet. Having a universal chatting application for both consoles and PC will make gaming with friends a much smoother experience.