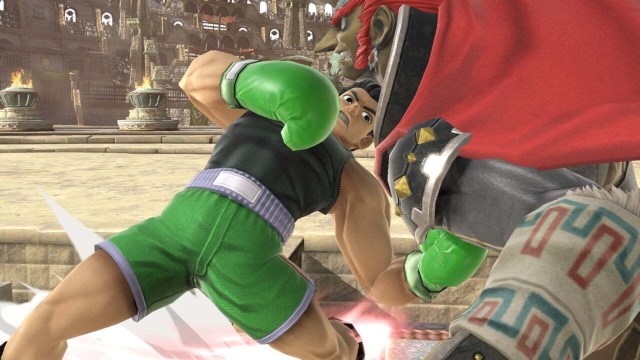 Super Smash Bros. Ultimate boasts a massive amount of character diversity at high levels of play due to how balanced it is across the entire roster. Of course, with a cast of nearly 90 playable characters, there are a few that have ended up seeing more play time among top players.

While Smash Ultimate does not yet have an official tier list, a number of top players have shared their own opinions of how each character stacks up against the field. With those perspectives in mind, here’s an overview of 10 of the worst characters in Smash Ultimate and what makes them struggle.

King K. Rool has a number of attributes that seem to make him stand out from other heavyweights on paper. He has a solid recovery, useful projectiles, and armor that increases his overall durability.

Nevertheless, K. Rool’s weaknesses make it quite difficult to actually take advantage of his few strengths. His huge hurtbox makes him combo food and his sluggish frame data can make it difficult for him to actually land a hit on his opponent. Even though K. Rool can survive for a long time while taking enemy stocks quickly, winning neutral is a chore that the character isn’t particularly well-equipped to handle.

Although this duo was one of the most highly-requested characters to join the Smash franchise for years, Banjo & Kazooie ended up among the worst characters in Smash Ultimate. They struggle on account of their mediocre grab game and the fact that their projectiles can be awkward and situational.

While they have a strong kill move in the form of Wonderwing, they can only use this move up to five times per stock. Without it, their kill power diminishes significantly. In general, Banjo & Kazooie require tricky set-ups to combo and kill, which are not worth the effort when there are plenty of better characters out there.

Lucario has a unique comeback mechanic known as Aura, which causes it to deal greater percent and knockback with its attacks when it is at a high percent or a stock deficit. As a result, Lucario could be the best character in the game if it could consistently stay above 190%. Alas, Lucario is not usually so lucky.

Lucario is a middleweight character, meaning it struggles to survive long enough to take full advantage of its Aura. This means that, for the majority of its matches, Lucario has to make due with extremely weak moves. The inconsistency of its damage output means that, despite its potential to quickly take stocks in select situations, Lucario is one of the worst characters in Smash Ultimate more often than not.

Mii Swordfighter has a few notable strengths, with access to some excellent projectiles and solid recovery options due to its customizable specials. Even so, the Swordfighter is generally considered to be the worst among the Mii fighters.

Compared to other sword characters in the game, Mii Swordfighter has altogether unimpressive range and speed. Combined with its poor kill power, these attributes leave players with very little reason to pick up Mii Swordfighter rather than a different swordie.

Though there are undoubtedly similarities between Mario and Dr. Mario, the differences between them make Mario stand out as an excellent fighter, while Dr. Mario is relegated to being one of the worst characters in Smash Ultimate.

While both characters have mediocre range, Dr. Mario’s offensive capabilities are further limited by the fact that he is much slower than Mario and cannot combo as effectively. Even though his individual attacks do more damage than Mario’s, Dr. Mario is far worse at actually landing a hit and stringing multiple attacks together. On top of this, his recovery is among the worst in the game, meaning he struggles to live long enough to rack up damage and land his powerful kill moves.

Despite having decent combos and a solid recovery, Isabelle is altogether a worse fighter than fellow Animal Crossing character Villager. She is light and floaty, meaning she is easy to kill and she can have difficulty landing, especially without a hitbox like Villager’s neutral-air to fall on opponents with.

In addition, she has worse projectiles than Villager, preventing her from playing an effective zoning game like Villager can. Since there are many characters better at both zoning and scrapping than Isabelle, she struggles to find a niche in the current meta.

Piranha Plant ranks among the worst characters in Smash Ultimate, with few strengths to compensate for its many weaknesses. It has decent survivability as a heavyweight, but can struggle to actually set up kills because of how laggy its moves are.

Likewise, Piranha Plant is quite slow overall. With its projectiles being close-range and having a good bit of start-up, Piranha Plant struggles to get in against opponents. It also lacks the tools to effectively wall them out and it can be subject to combos when it gets hit.

Thanks to his numerous mid-air jumps and his strong edgeguarding tools, King Dedede is actually decent for playing off-stage. Of course, getting his opponent off-stage is incredibly difficult for Dedede.

In true heavyweight fashion, Dedede is incredibly slow and big. As a result, he has limited tools for getting in against opponents and is one of the easiest characters in the game to combo. This is exacerbated by the fact that his best projectile, the Gordo, is incredibly easy to reflect with basic attacks, meaning Dedede is both bad at approaching and bad at poking from afar.

While Little Mac’s recovery improved slightly in the transition from Super Smash Bros. for Wii U, one thing stayed the same: he’s still one of the worst characters in Smash Ultimate. His recovery is still one of the most easily exploitable and he’s also a lightweight, meaning his durability is almost non-existent.

In addition, his abysmal aerials leave him with few options when it comes to contesting opponents who choose to platform camp him. Though his speed and power can make him a scary foe on flat stages, Little Mac’s weaknesses are generally quite easy to take advantage of.

Another character who has generally struggled throughout the Smash series, Ganondorf is considered by many to be the worst character in Smash Ultimate. While he can occasionally sneak in early kills by catching an opponent with one of his powerful attacks, these moves typically have such slow start-up that Ganondorf can’t reliably land them.

Meanwhile, his defensive game is horrible. He has a poor recovery, he lacks quick moves to break out of combos and his size and weight make him susceptible to combos in general. Although he can be a fun pick in casual play, Ganondorf is perhaps the most difficult character to pilot successfully in high-level competitive play.