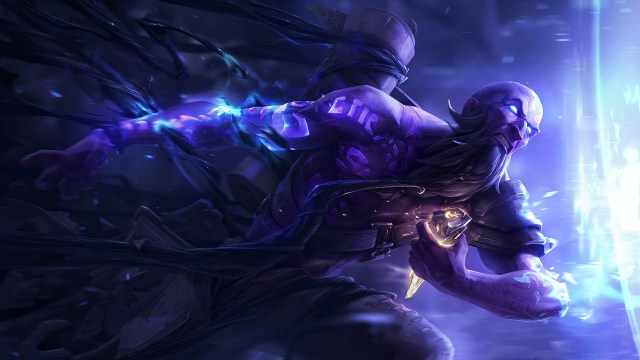 Provided by Riot Games It might be time for another rework

Picking the worst champions to play in League of Legends is a subjective task unless we go off of data.

Annie is proof that this list isn’t just filled with hard champions that require too much skill for lower level players to master. Annie is among the easiest champions in the entire game but finds herself with the fifth-lowest win rate in the entire game. Easy-to-play champions walk a fine line. Buff them and see an inflated win rate but make them bad and they are doomed for the bottom of the barrel. Annie is at the way bottom.

Dont let T1’s Lee “Faker” Sang-hyeok fool you. Ryze is a bad champion — and historically he has almost always been. In probably the least shocking entry in the list, Ryze comes in as the fourth-worst champion based on win rate in the current metagame. May another rework save his soul.

On release, Aphelios was one of the hardest League of Legends champions to play in the entire game. With an incredibly hard learning curve, of course he would have a poor win rate. But flash forward to now and Aphelios still has a poor win rate with the irony being that he is the most-played champion by far among the bottom five. A couple of buffs can get him out of this list but for now, he is the third-worst champion in the game.

Hard-to-play champions are notoriously bad in terms of solo queue win rate and in the framework of this list. That makes them among the worst champions in the game. But even though Azir is a dominant pick in pro play, that just means the top players in the world are merely an exception to the rule. Azir has the second lowest winrate in the game and even if we looked at his winrate in Challenger, it’s still around 44%.

Long gone are the days of Zeri dominating solo queue. It took many patches but Riot has finally gutted the once-broken bot lane champion and as a result, she has the worst win rate among any champion in the game not named K’Sante who just released. She is also the lowest-picked of the League of Legends champions among the bottom five, showing just how dire it is for Zeri mains right now.