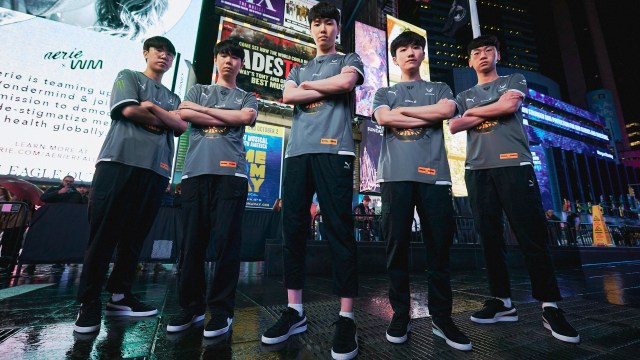 Provided by Riot Games/Getty Images/Lance Skundrich Gen.G are entering this match as the favorites but will they stand tall against DWG KIA?

The only “civil war” matchup in the quarterfinals of League of Legends Worlds 2022 is coming up next. In a battle of two of the League Champions Korea elite, the Group B second seed DWG KIA go up against the Worlds 2022 favorites and Group D first seed Gen.G for a spot in the semifinals. Here is an in-depth preview going over how each team go to this point and what each team needs to do to win.

Since the begging of the LCK summer split, Gen.G have been unstoppable as they laid waste to the entire region on their way to their first LCK title in organization history. All DK could do is watch as they got to Worlds 2022 through the regional gauntlet where they grabbed the third of the LCK’s four seeds. But so far at Worlds 2022, both teams have performed nearly identically. In Group B, DK swept Evil Geniuses and G2 Esports, managing to split the double round robin with the League Pro League champions JD Gaming to tie at the top of the standings with a 5-1 record. Unfortunately for DK, they dropped the tiebreaker which gave them the second seed.

In Group D, Gen.G suffered a Week 1 loss to the 2022 Mid-Season Invitational champions, Royal Never Give Up but that was their lone loss in the group as they rallied back in Week 2 to pull off a 5-1 record. And unlike DK, Gen.G won their tiebreaker game to get out of the group with the one seed.

How DK can win

The one thing DK has over Gen.G is a core that not only have been here before but have also won here before. Kim “Canyon” Geon-bu Heo “ShowMaker” Su and Jang “Nuguri” Ha-gwon were all on the roster that won Worlds 2020. And while this year in particular has been rough for the trio, they are finally showing up when it matters. According to oracleselixer.com, Showmaker is entering the series second among all mid laners in KDA just behind Gen.G’s Jeong “Chovy” Ji-hoon.  Canyon has a shaky KDA but leads all junglers in damage per minute showing that Canyon is still capable of taking over games. And then there is Nuguri who is within the top five of nearly ever statistic among top laners.

If these three players can take the next step and play at their absolute peak, then they can definitely take the series; at least as long as their young bot lane doesn’t falter.

How Gen.G can win

That bot lane difference is actually Gen.G’s biggest gap. Across the board, Gen.G is actually better in arguably every single lane but with DK having such a competent top side of the map, the advantages there are negligible — but what isn’t negligible is the bottom side. Park “Ruler” Jae-hyuk and Son “Lehends” Si-woo has not only been the best bot lane in the LCK throughout the summer; they have been arguably the best bot lane in the world. Meanwhile, DK’s bot lane is far from it.

If Ruler and Lehends can bully DK’s duo, then Gen.G will most likely take their Worlds 2022 quarterfinals match. And if Gen.G’s top side of Choi “Doran” Hyeon-joon, Han “Peanut” Wang-ho and Chovy can keep DK’s in check, it’s all but guaranteed.