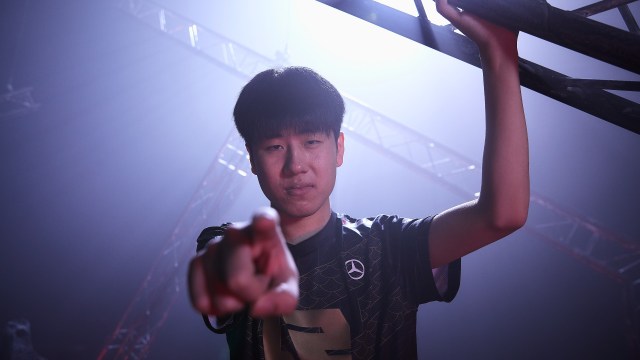 Another year of League of Legends Worlds means another year of Pick ‘Em. The famous tradition is back again but newly improved. With multiple changes, the official Pick ‘Em for Worlds 2022 includes many new categories for fans and spectators to engage in with hopes of beating their friends and other people around the world for a shot at some pretty cool prizes. But when it comes to picking the right answers for all the new categories, it may be tough to pin down the right choices.

Upcomer’s panel of League experts are here to give the fans a look at their choices in order to make more informed decisions. Here is a look at Upcomer’s picks for the player category of the Worlds 2022 Crystal Ball Pick’Em.

Who will have the highest KDA at Worlds?

Warren Younger: Historically the players with the best KDA’s at Worlds 2022 are often Mid laners or Bot laners and typically the best performing team at Worlds will have one of their two carries be at the top of the KDA list. Heading into Worlds 2022, there are a few title contenders but when looking at who is expected to dominate it’s really easy to just point to “Chovy” or “Ruler” from Gen.G. But I think something that people forget is that play-ins are a thing. With major region teams getting to bully weaker teams, I think it’s wise to look there for stat padders. With that in mind, I’m going with Royal Never Give Up’s mid laner “Xiaohu” for my pick. Usually at the top of KDA in his region and he is in the play-in stage.

E.G Kant: Well I can safely say it probably won’t be JackeyLove! If I had to pick, I’d say Gen.G’s mid laner Chovy? He’s been in incredible form as of late, especially in the LCK summer playoffs. My outside pick would be Knight if he somehow finds his form again or GALA if the meta suits him. But my first pick would be Chovy especially if he keeps or exceeds his current form.

Kenny: My pick for this category is simply who I think is the most consistent carry player in this entire tournament. This pick can only go to Park “Ruler” Jae-hyuk, Gen.G is probably the best team coming into this tournament and holds a 7.6 KDA throughout the entirety of season 12 and a 7.3 KDA in the Summer Split.

Rashidat: I’ll stick with Chovy here because I think Gen.G will play around him a lot and give him the agency he needs to succeed while protecting him. Moreover, he can easily rack up many kills in a single game with Gen.G in their best form. 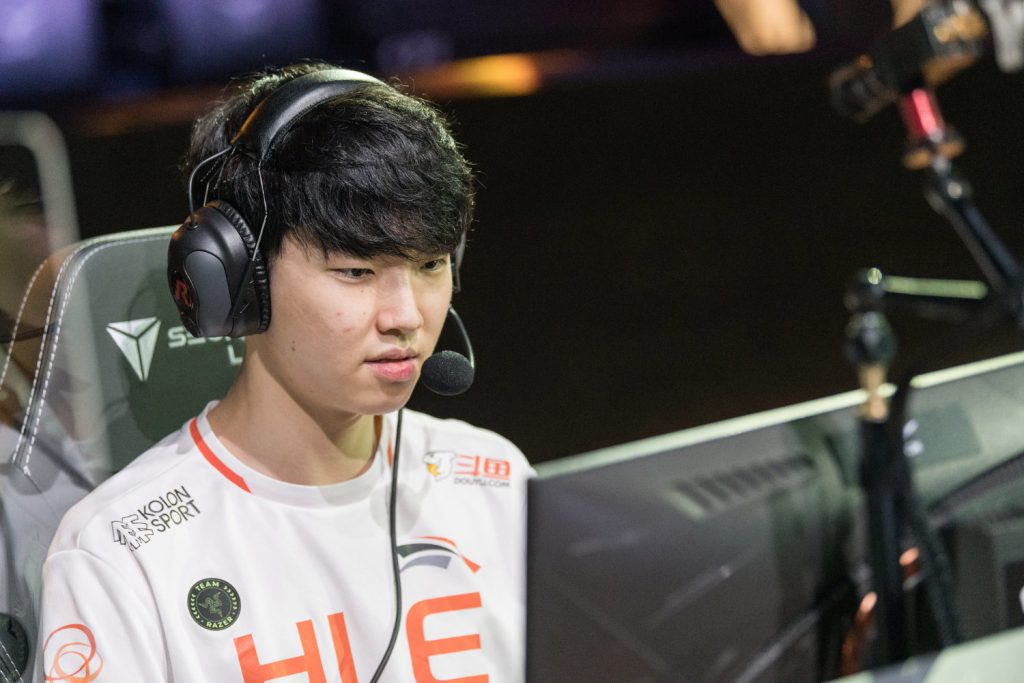 Who will play the most different champions at Worlds?

Younger: Although wild card region players typically bring the spice to Worlds 2022, it’s unreasonable to pick one of them as they will not have nearly as many games played as the major region teams do. With that in mind, you have to pick a player that is known for a deep champion pool and likely to showcase it as they make a deep championship run. My pick here is Edward Gaming’s mid laner “Scout”. Scout last year was third at Worlds 2021 in different champion picks with 11 and in the most recent League Pro League summer split, Scout played 13 different champions. Scout is a pretty safe pick here.

E.G Kant: This one depends on how diverse the meta is for the role, and this is usually mid lane. If supports are diverse this Worlds, maybe Lehends if he pulls out his beloved Singed as well but otherwise… I’m going to with either G2’s mid laner caPs or support Targamas, with me leaning more towards Targamas. G2 have been very creative in drafts and I expect more of the same at Worlds. Targamas especially was noted for his diverse champion pool so he’d be my current pick.

Kenny: I am going to go for caPs here for this choice. A gander at his op.gg match list shows a lot of Zac and Nocturne. Everyone remembers the Vayne pick during LEC finals. If there is a player to show his versatility, it would be caPs.

Rashidat: For most different champions, it’s either T1’s Keria or Gen.G’s Lehends for me because they are very versatile players and are not afraid to pick things outside the meta; and can always improvise if the more meta supports are banned.

Who will get at least one pentakill at Worlds?

Younger: It’s gotta be “GALA.” The dude got a pentakill at 2022 Mid-Sesaon Invitational, was forced to replay the game because it didn’t count and did it again. Not picking GALA here is trolling especially since he is in the play-in stage and Kai’Sa is back in the meta.

E.G Kant: I’d pick GALA; he’s just the pentakill king, isn’t he? It seems no matter what kind of bot lane meta it is, he always finds a way to stand out with several multikills every tournament and of course, pentas. He hasn’t been on his best recently but with time to ramp up from Play-ins, GALA is my standout candidate for this. My secondary choice would be Ruler due to how outstanding he is as a bot laner as well.

Kenny: This feels very much like a toss up, but I’m going to give it to caPs just to have a western pick in here. I’m biased towards how well G2 Esports could do at this year’s World Championship. Hopefully a caPs pentakill helps those odds.

Rashidat: Well we have RNG’s GALA, the international penta king back at the event, so I would not put it past him. Moreover, RNG will play against less stronger teams in the Play-In stage first, so it’s definitely possible from the start. Who will get the most first bloods at Worlds?

E.G Kant: This one should be a jungler or support, I think. For junglers, Jankos usually would be the classic choice but my picks are Oner or Malrang. Both junglers have been very proactive in their respective leagues so either one would be my pick for this, but it’s hard to say which. If Lee Sin is truly back in the meta, I’d include Tian here as well but for now my pick will be Oner.

Kenny: There is a single player that is known for his ganks in any situation. If the team is ahead he has to gank to get further. If his team is behind he will gank to get them back into the game. This is Malrang. The aggressive Jarvan IV champion of LEC will never change and his style will probably get him the most first bloods.

Rashidat: I would have picked Jankos here given that he is the first blood king of Europe but nobody really knows what to expect from G2 in Group B. So I’ll choose Tian instead because he’s one of the more proactive junglers that doesn’t  hesitate to kickstart things for his team.

Who will get the most kills in a single game at Worlds?

Younger: If we expect GALA to secure a pentakill, that would likely be in a game where he gets so far ahead of his opposition that heading into that teamfight, he would already have a good number of kills, adding five more would make it likely that no other player could match his kill count. So picking GALA essentially kills two birds with one stone.

E.G Kant: I think it’s probably JackeyLove or GALA for me, they’re both kill machines and teamfighting monsters. GALA as I mentioned previously is very good at acquiring multikills and since he’s going through Play-ins, maybe he has the opportunity to get it there. But JackeyLove’s aggression and style, especially on a comfortable champion, would likely result in a lot of kills as well. I don’t know which one I’d pick definitely… let’s just go GALA again and call it done!

Kenny: The most kills at Worlds will be taken by an AD carry player, and I think that Gen.G are the best team, so I’m going to choose Ruler here. The most consistent player in the LCK will have the highest chance of winning this award.

Rashidat: I think it will be JackeyLove or any other LPL mid or bot laner because they certainly don’t slow down when it comes to kills and it will be interesting to see who gets it.