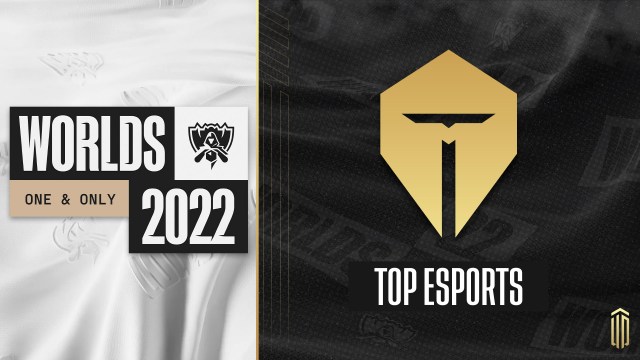 With Worlds 2022 about to begin, the League of Legends Pro League’s Top Esports are one of the 24 teams from across the world that are making their way to the biggest event of the year. Every team entering the League of Legends World Championship have the same goal; to stand at the top, uncontested, and hoist the Season 12 Summoner’s Cup high.

Top Esports are back at Worlds since their last outing in 2020 where they finished top four. Despite coming in as the second seed, they’ve been on an excellent run of form and have a point to prove this tournament.

How Top Esports got here

Ah, Top Esports. Where to begin? Fans are of course familiar with some of the narratives and storyline surrounding this team from their 2020 run at Worlds which they finished top four with the help of a little “monologue magic.” It didn’t start with success for TES in 2021 — nor did it end that way — but for 2022, TES are finally back at Worlds. Their journey through arguably the most contested league in the world was one of heartache for TES fans, but also one of hope as the LPL’s second seed returns to the international colosseum.

To begin with, TES had a very rocky start to spring. To sum it up, they could not find their best lineup and it took them a while to find it and finally click as a team. But when they did, they started to look very scary and in the spring playoffs, they ran through just about everyone except the eventual LPL 2022 spring and Mid-Season Invitational winners, Royal Never Give Up. They lost 3-1 the first time and very nearly reverse swept RNG in the finals rematch, but it was not to be.

MSI came and went and summer dawned upon the LPL, and TES were raring to go. Despite losing their opening series to JD Gaming, they went on an absolute rampage thereafter with a 13 series winstreak. It would be broken by Victory Five in the final week, but they would bounce back and win their final series against Anyone’s Legend to finish the regular season 14-2. Sheer dominance. Unsurprisingly, LPL English caster Dan “Aux” Harrison describes TES as one of the favorites going into the playoffs.

“They came into summer with high expectations and managed to build up a tremendous winstreak during the regular season. Coming into playoffs they were looking like solid favourites alongside JDG and they nearly proved it,” he said. “They first dispatched Edward Gaming in a 3-2 victory but they were then knocked down to the Lower Bracket by JDG in another 3-2 series. A lot of people have seen as one of the best of the year.”

JD Gaming are somewhat considered to be Top’s rivals, especially in the playoffs, harkening back to 2020 where both were considered the ‘new kings’ in the modern era of the LPL. Every series between them has reached five games and TES would need to once again navigate the Lower Bracket if they wanted to exact revenge. They swept EDG in the rematch to set up a rematch against their rivals and a chance to put the pain of spring behind them.

“The finals was an absolute battle once again, going once more to five games. In the final game it looked like they had it in the bag but some smart map rotations from JDG caught TES off-guard,” Aux said. “TES were posturing to regain control and then Jackeylove made a critical misstep, resulting in another 3-2 win for JDG.”

Another 3-2 loss in the finals, another step too far for Top Esports. However, second place meant TES were seeded straight into the Main Event, and on the horizon, a greater prize lay dormant in the distant lands of America. Worlds will now see JDG and TES enter again as first and second seeds, giving LPL fans hope that the 10 fierce games between both teams heralds a good time for both teams.

Congratulations to @TOP_Esports_ on being the first #LPL team to qualify for the 2022 World Championship! pic.twitter.com/zgC9iRIMyg

“At the end of the day, JDG absolutely deserved their victory, and the fact they took down TES twice leaves no doubters,” Aux said. “But with how close both series were, it isn’t a stretch to suggest that not much needed to change for TES to be the ones who raised the trophy. Needless to say, TES are a very relevant threat for Worlds and definitely one of the front runners.”

Choosing a player to watch in TES is akin to choosing between your favorite shoes. All of them fulfill their tasks, they fit snugly and make you look dashing as a complement to your other garments. Just like the TES squad. However, not mentioning bot laner JackeyLove first would be a disservice to how well he’s been performing. Love or hate him, JackeyLove’s signature in-your-face, extremely aggressive playstyle is the double-edged sword he puts opponents — and sometimes his own team — against.

While JackeyLove is often considered top five in many Worlds rankings, Aux thinks that despite his occasional missteps, the former world champion ranks as his number one.

“There is a lot of dispute on who is the best ADC in the world. The three names are JackeyLove, Park “Ruler” Jae-hyuk and Park “Viper” Do-hyeon. Personally, it has to be JackeyLove,” he said. “He plays the role in a completely different way to his competition, constantly fishing for aggressive angles and finding solo kills against his opponents. I won’t dispute that this can backfire but he’s a bot laner who can win you an impossible game, and some of the mechanical displays he showed in playoffs are unmatchable by any player.”

Indeed, statistics from Oracle’s Elixir highlight some of JackeyLove’s contributions in summer. Top two in Damage Per Minute of not just all bot laners, but all players in the LPL in both regular season (723) and playoffs (772), and it’s the same for Damage Share. His infamous Draven still draws bans but his Zeri in summer -if we forget about that one moment- has been utterly terrifying.

“A great example is the insane base defense in TES’ second game in their first series against JDG where he played Zeri,” Aux said. “He did 22k damage in one fight and broke the all-time damage record for a single game in the LPL by finishing with 96k damage dealt to champions.”

But for all of JackeyLove’s justified praise, one cannot overlook the beating heart of TES, another former world champion in jungler Tian. Ever since 2019, Tian has had his fair share of struggles and even took a short break from competitive play at one point due to health reasons. Many wished him well; some wondered if he would play the same after the break, and the answer when he settled in at TES was a resounding yes.

TES are often the talk of the town when it comes to their early game dominance, and this would not be possible without Tian.

“TES in spring was defined by having the best early game in the world, constantly acquiring humongous leads over their opponents and only RNG at their best could manage to counter this,” Aux said. “In summer, Tian continued this form and claimed the Regular Season MVP for being pivotal to TES’ 13 series win streak. Playoffs form continued to be excellent, which is why he’s maintained his position as the strongest jungler in the LPL.”

Aux also mentions that even though JDG defeated TES, Tian constantly challenged Seo “Kanavi” Jin-hyeok and still found opportunities to make plays for his team. With Lee Sin being buffed for Worlds, as is tradition, will we see more iconic moments in the making with Tian back on it? Marcin “Jankos” Jankowski will probably hope not.

If you remember the shoe analogy, a bonus third one to watch is Wayward, the newest and perhaps most unexpectedly comfortable one of the TES cabinet. Wayward is not just the rookie of the team, he’s also an interestingly a roleswapped jungler from TES’ academy team. In spring, he had the unfortunate task of coming in to replace veteran top laner Zoom but ever since Wayward was slotted in, TES have never looked back.

Wayward is Aux’s personal favorite player; Aux mentions he is often “ready to drop a comedically timed emote” no matter the situation. If he’s emoting lots, that’s always a good sign for the team. Curious eyes will be paying attention to how Wayward does on his first trip to Worlds.

How Top Esports can succeed at Worlds 2022

Top is headed towards the Main Event in Group C, with LoL European Championship (LEC) champions Rogue and Vietnam Championship Series (VCS) champions GAM Esports. Assuming the favourites from Play-ins make it through, we can expect DRX to be making it into this group.

TES would certainly relish meeting DRX again, just like at Worlds 2020, and the fans can witness another bout between JackeyLove and Kim “Deft” Hyuk-kyu.

On paper, despite the group potentially descending into a bloodbath, there should be very little doubt that TES should be the favorites to top the group. The question for this team should not be if they make it out of groups, but how far they can go in the tournament.

“The potential of this TES roster is insanely high. They’re super aggressive early on and extremely competent team fighters later with a strong understanding of how to play the map in the mid-late game, something they lacked in Spring,” Aux said. “TES weren’t far from winning the summer and I have no doubt they’ll have learnt from their errors to come back stronger.”

For TES, doing well or winning this tournament will not just banish the memory of them constantly being second best in 2022, it will also surmount the disappointing -by their standards- run in 2020, as well as Tian’s Worlds outing in 2021. Aux believes TES are not without their weakness but if their players perform, few should be able to stand in their way.

“As long as JackeyLove has champions he can carry on, and Knight and Tian are in form, I don’t think there is a team in the world that can stop TES,” he said. “A caveat is that their volatility can be their downfall. There is a common sentiment that typically at least one LPL seed doesn’t live up to expectations. I’m hoping this isn’t the case because hey, we all love a good redemption arc, don’t we?”

Having ‘Top’ in a name will always be hard to live up to. It will not be TES’ failures that define them, but continuously picking themselves back up and continuing their pursuit of it, that does.