An in-depth look at the TCL representative's path to Worlds, who to watch and how they can succeed 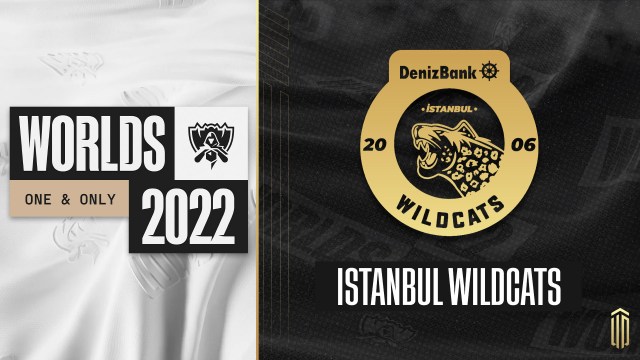 Provided by Upcomer Oddly enough, this is the first time IW have made it to Worlds despite the team's back-to-back MSI appearances.

With Worlds 2022 about to begin, the Turkish Championship League’s Istanbul Wildcats are one of the 24 teams from across the world that are making their way to the biggest event of the year. Every team entering the League of Legends World Championship have the same goal: to stand at the top uncontested and hoist the Season 12 Summoner’s Cup high.

Even though the team has been the best in the region during the winter splits, IW are finally making their Worlds debut after putting it together in the summer split with the same roster that granted them back-to-back Mid-Season Invitational appearances.

How they got here

Over the past two years, IW have put together a roster capable of being the best in the region; and in 2021, they proved that in the TCL winter season. A 14-4 regular season record into a TCL winning playoff run granted them their first international appearance at MSI 2021. But instead of coming back to their home region stronger, the team struggled in the summer season finishing with a losing record and not even making the playoffs. But the organization had faith and the same starting five returned for 2022.

The 2022 TCL Winter Season was scarily identical to their 2021 campaign. The team once again went 14-4 in the regular season but this time they didn’t drop a game in playoffs to secure their second straight MSI appearance. But with history looking like it was going to repeat itself when IW made their way back to Turkey, they didn’t skip a beat. For the third time in four splits, IW again finished with a 14-4 record but this time it was not good for the first seed. That honor went to NASR eSports Turkey who pulled off a near undefeated season going 17-1, including 2-0 against IW.

But with the TCL not having double elimination in their playoff structure, it doesn’t matter how good you finished in the regular season, it only matters who shows up on any given day. With IW and NSR set for a collision course to meet in finals, the sixth-seeded Fenerbahçe pulled off an incredible Cinderella run, defeating Dark Passage then NSR to bring themselves into finals. On the opposite side of the bracket, IW quickly dispatched SuperMassive Blaze in order to advance to the TCL championship. FB threw everything they had, pushing IW to the brink in a close five-game series but in the end, IW came out on top; they will be representing the TCL at Worlds 2022 for the first time.

It has been a bot laner-focused metagame throughout the majority of 2022 and in the TCL, that was no different. Despite NSR going 17-1 and having four of the five spots on the TCL All-Pro team, IW had the other. And not only that, the other spot also turned out to be the MVP of the league. HolyPhoenix has been the best player in the entire region over the course of the summer season and the stats back up his league-leading eight player of the game awards. According to Oracleselixir.com, HolyPhoenix led all players in the region with an absurd 12.2 KDA which included his league-leading 101 kills. The next closest player was his teammate Serin who had 88.

Speaking of Serin, the IW mid-laner popped off in the playoffs winning MVP in both of IW’s two series victories. Although IW didn’t have the best results at MSI, Serin did lead the team in KDA during their last international run.

The last two international tournaments for IW have not ended so well. The team finished 1-5 in the group stage at MSI 2021 and 1-5 again at MSI 2022. So logically if they can secure more than one win in their play-in group that would be considered a success. Their group is unfortunately incredibly top heavy with the likes of Royal Never Give Up, DRX and MAD Lions standing in their way. The TCL as a region has had fair success in Worlds past. GS last year managed to make it to the play-in knockout stage and even take Beyond Gaming to five games. Saigon Buffalo is IW’s BYG this year. For the team to be able to at least match GS’ performance last year and make it to the knockout stage, they are going to need to rely on Serin and HolyPhoenix to play even better than they have been in the TCL this split. And if they do, the team could find themselves outplacing Isurus and SGB.