Among tiebreaks and heartbreaks, history was made 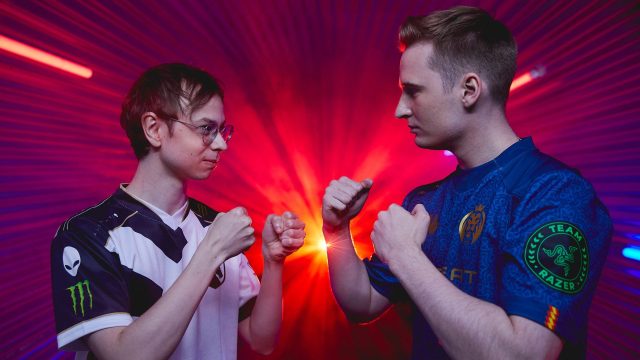 Provided by Riot Games While MAD Lions moved on, TL did not.

Following an absolute banger of a day, the 2021 League of Legends World Championship group stage has come to a close. History was made on Monday as, for the first time ever, all four teams in the group ended with tied records. With the day producing a total of nine games of varying intensity, here are the best moments from them.

Player of the Day: GEN Rascal

Gen.G started their last day of the group stage with Noh “Burdol” Tae-yoon” in the top lane, but against LNG Esports, he looked out of place. In came the big bully of the group stage, LNG’s Hu “Ale” Jia-Le, and he showed an even meaner side by beating up Burdol badly. It was so bad, in fact, that Burdol subbed out the very next game.

But since Ale couldn’t lead his team into the knockout stage, we couldn’t justify giving him the player of the day award (even if he flame horizoned Burdol to oblivion). Instead, it was Burdol’s replacement, Kim “Rascal” Kwang-hee that stepped up big time.

With Rascal in control, Gen.G were able to punch back against the other teams in group D to clinch their spot in the knockout stage. Rascal’s performance in his games helped show that Gen.G with him playing is a completely different team. His standout performance of the day came in the tiebreaker game against Team Liquid.

Despite being put far behind early on against Barney “Alphari” Morris’ Jayce, Rascal kept his head down and turned the tides in Gen.G’s favor. Rascal was the catalyst for Gen.G’s success, which is why he is the player of the day.

Most Memorable Moment: The four-way tiebreaker

Of course, this had to be the crazy tiebreaker that happened as a result of the whack results from the last day of groups. Heading into today, there was only a slight chance that every team in group D could finish the double round-robin all tied at 3-3 records. At the start of the day, there was only a 6% chance of that happening. But, obviously, Worlds proved anything can happen.

The hopium for EU and NA went through the roof as both Team Liquid and MAD Lions looked phenomenal during their last few games at Worlds 2021. In fact, the tiebreaker looked so good for both teams because their opponents were in the crazy single elimination bracket were the teams they beat to force the tiebreaker in the first place. TL went up against Gen.G and MAD went up against LNG.

After a super disappointing game by Team Liquid, MAD Lions did the western faithful proud, as they clawed back to take down LNG Esports to clinch EU’s first and only spot in the knockout stage. Check out this sick Ezreal snipe by Matyáš “Carzzy” Orság to secure the historic win for MAD Lions.

Clip of the day: BDD rips the hearts out of the NA fans

With TL giving all the North American fans an outside shot of two teams qualifying for the knockout stage, Gen.G’s mid-lane ace, Gwak “Bdd” Bo-seong, crushed those dreams in an instant with some crazy blind snipes on Zoe. With the advantage, Gen.G went on to win the game in decisive fashion.

Quote of the day: It’s not all doom and gloom for NA

NA fans may be down bad. They may be hurting. But it is time for some celebration, NA outperformed expectations, and hey, at least Cloud9 is in the knockout stage.

When Team Liquid and 100 Thieves both get eliminated at 3-3 but you still have Cloud9 in playoffs so it's not the end of the world pic.twitter.com/3WC5VWYxfv

With the non-stop action starting from Day 1, players and fans will get a little rest as there will be a three-day break before the start of the knockout stage. Worlds 2021 resumes on Friday, Oct 22.