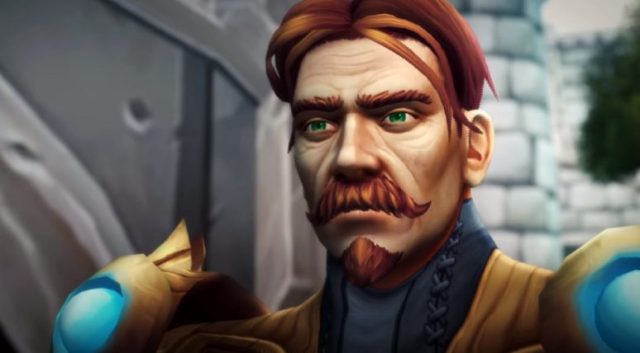 Terror by Torchlight was written by Christie Golden, who also wrote its prequel, Exploring Azeroth: The Eastern Kingdoms. The latter book will be available to World of Warcraft fans on November 5.

In the newly released story, Alliance member Flynn Fairwind presented Mathias Shaw with a map to Duskwood and prompted the latter to join him on a treasure-hunting adventure. This was in addition to noting that Shaw deserved a break from his duties for the King of Stormwind.

“I’ve scarce seen you for more than a moment since we returned from Zandalar,” Flynn said.

The two World of Warcraft characters found themselves in Tranquil Gardens, which was a cemetery. They encountered Sarah Ladimore, the commander of the Night Watch. It was soon revealed that the Torch of Holy Flame was away from Duskwood and required an urgent retrieval mission in order to protect the land from the undead.

Having a new destination in mind, Flynn and Shaw travelled by gryphon to Forlorn Rowe, which was an area located northwest of Duskwood. After a bit of more travelling, the World of Warcraft two characters faced a necromancer who wished to bring death upon various cities.

During their battle against the necromancer, Flynn was tasked to bring the retrieved Torch of Holy Flame to a nearby moonwell. When he noticed the words that the necromancer flung Shaw’s way, the torch he had submerged in the moonwell’s magical water blazed with holy flame. The battle was won thanks to the torch and Shaw’s poisoned blades.

Once the torch was returned to its rightful place, Flynn and Shaw had some time to reflect upon themselves. The result was Shaw inviting Flynn to join him on the mission to inspect powerful artifacts for the sake of Stormwind.

“You fought a dangerous being, and you figured out how to defeat her… and save my life. I’m not saying goodbye, Flynn. I’m asking you to come with me,” Shaw said.

The short story ended with a proclamation of trust and a kiss.

As for the relationship between Flynn Fairwind and Mathias Shaw, it is commonly known in the World of Warcraft community as “Fairshaw.”