Winter Wonderland will be the second event in Overwatch 2 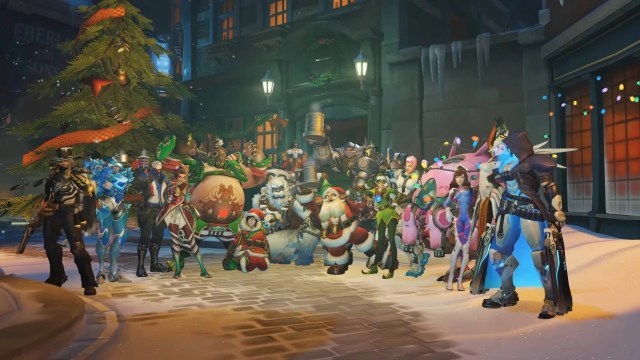 Provided by Activision-Blizzard. The map Kings Row during the Winter Wonderland event, with heroes wearing their winter skins.

With the start of Season 2 of Overwatch 2, Christmas and other seasonal events are coming soon, including the return of the Winter Wonderland event in-game. This staple Overwatch event brings holiday cheer, new skins, new game modes and more. Much like the recent Halloween event in Overwatch 2, this event will offer even more loot for players to acquire on top of the new battle pass.

When is Winter Wonderland coming back for Overwatch 2?

As per usual, the event brings new game modes, like the Snowball event in recent years. On top of newly-designed winter-themed skins for heroes, like the revealed Ice Queen Brigitte, other things from previous Overwatch 2 events are returning.

Much like the Halloween event and the Overwatch League 2022 playoffs, Twitch drops are back for the Winter Wonderland event. Which skin or cosmetics will be linked to the drops has yet to be announced. However, a new Legendary Ramattra skin is currently available from Twitch drops, the Traveling Monk skin. This drop stretches until Dec. 20, and starting on Dec. 25, a Winter Wonderland Twitch drop will start.

To get this new Ramattra skin or a potential Winter Wonderland skin, watch any Overwatch 2 streamer on Twitch with drops enabled. The first reward will come from two (2) hours of watching streams, a cosmetic. You’ll need to watch six (6) total hours to get the new skin added to your collection.

Make sure to link your Battle.net and Twitch accounts through the Connections tab in your Twitch settings to get these drops sent to your Overwatch 2 account.

Winter Wonderland is the second event in Overwatch 2, but the team also spoke up about future events. Like the original Overwatch, the Lunar New Year event is returning around the start of 2023, from Jan. 17 to Feb. 6. Luckily enough, in the Season 2 trailer, you can see a Rabbit-themed Mei skin that will be available for the Lunar New Year event.