Will there be physical cards for Marvel Snap? Everything we know

Will there be physical cards for Marvel Snap? Everything we know 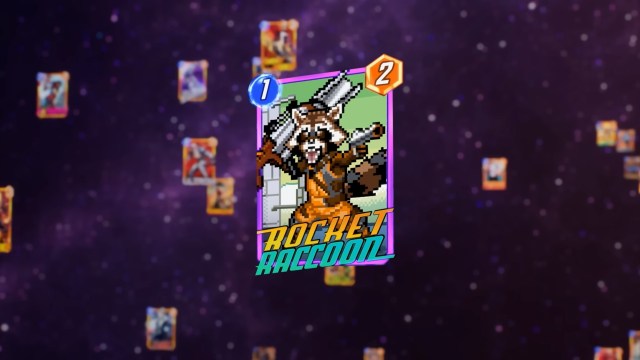 Screenshot via Marvel Snap Will we be able to see this Rocket Racoon card in person one day?

There is no doubt that players have been hooked on the digital card game Marvel Snap as buzz continues to grow over the superhero-themed card battler. In a world where collecting various pop culture items is big business, Marvel Snap has been able to replicate that partly through their game but collecting digital cards just doesn’t hit as hard as collecting physical cards.

During the Covid-19 pandemic and even before, physical trading card games have seen an explosion in popularity with fans trying to get their actual hands-on actual cards from their favorite brands. But will Marvel Snap cash in on the opportunity? Here is what we know about the possibility of there being real-life physical Marvel Snap cards.

The digital game Marvel Snap has only just recently seen its official launch and while the popularity is booming, there is no word on whether or not a physical port is in the works, and it’s likely that there isn’t, at least not yet. Designing a physical card game takes years of planning before it comes to fruition and the team behind Marvel Snap is just a small indie company making its first big game.

It’s also rare for a digital card game to get a physical port and in fact, looking at the three most popular digital-first card games, only one has made it into the physical trading card game market. The lone port has been Cygames’ hit card battler Shadowverse which has been one of the most successful digital card games in Japan over the last several years, but even then their physical port took five years from the launch of the digital version to come out. The other two big digital trading card games, Legends of Runeterra and Hearthstone do not have physical card game products.

Who do I need to talk to at @Marvel to greenlight a table top/TCG version of @MARVELSNAP with different variants of physical cards to collect along the way?

There is a way to play a physical card game with Marvel characters but only in Japan. There is a Marvel expansion in the game Weiss Schwarz made by Bushiroad, the same company that is producing the Shadowverse: Evolve TCG, that features many characters from the Marvel universe but currently that is the only modern Marvel card game product. There are also a couple of deck-building board games available on the market that include Marvel characters but they are nothing like an actual trading card game.

That isn’t to say that physical Marvel Snap cards will never come out, other games have created promotional card items before but again, nothing has been officially announced.