Will there be a 2022 Halloween event in Call of Duty: Warzone?

Will there be a 2022 Halloween event in Call of Duty: Warzone? 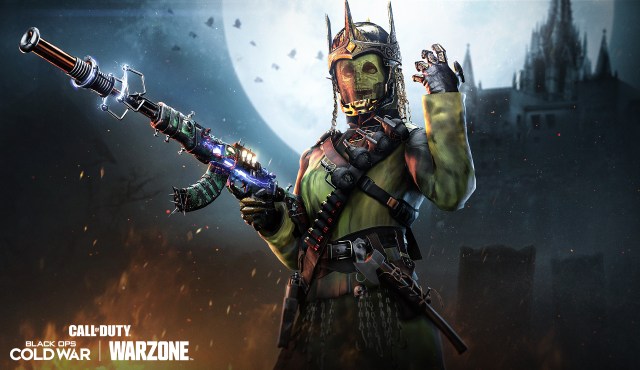 Provided by Activision The Halloween events have been hugely popular the past two years.

For the past two years, the month of October has sparked the start of the spooky season in Call of Duty: Warzone. Activision has thrown Halloween events in Warzone the last two years in 2020 and 2021. Naturally, fans are wondering if the company plans to continue that trend in 2022.

The content from previous Halloween events has gone over extremely well within the community. “The Haunting” has been the theme for the past two seasons when the month of October arrives. Players have been treated to Halloween-themed cosmetics and zombies on the Warzone map. The Haunting itself has also been a standalone event that features challenges, weapon unlocks, and more. These events have been well-received by fans, but players expecting to get their spooky on again in 2022 might be disappointed.

The 2022 Halloween event in Warzone

Also, given that the MW2 Campaign launches on Oct. 20 and the full game on Oct. 28, Activision likely wants to keep all of the attention on that specific game. Throwing a Halloween event into Warzone and Vanguard would only distract players from the new title.

We’ve likely seen our last bit of content arrive in Warzone and Vanguard. The Lienna 57 light machine gun was presumably the last weapon to release in both games, and there don’t appear to be any more high-profile bundles coming to the shop. Activision seems to be content simply waiting for MW2 to arrive, but we’re not 100% sure about that yet.