Why do people make games about esports?

Why do people make games about esports?

Games about esports are nothing new, but what makes them an attractive prospect? 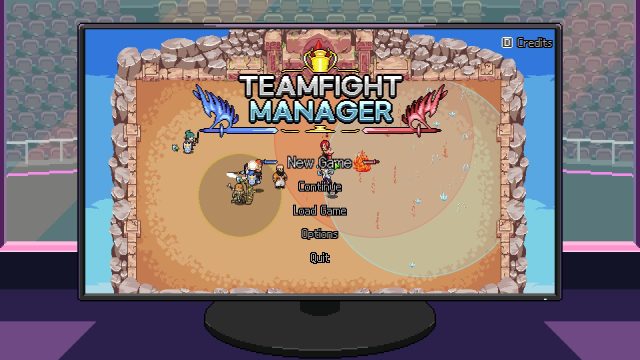 Consuming esports is, by definition, a passive pursuit. As fans, the only thing we can do is watch and react as stories unfold. Rivalries are born and dynasties are forged. Former teammates meet as opponents and teams overcome their hardships to capture improbable victories. But as viewers, we rarely ever have a hand in what happens in esports.

Still, everyone who enjoys watching esports will invariably have a moment of wishing they could be part of it, too. Perhaps this is what has, in part, given rise to a niche but fascinating subgroup of games: esports games.

No, esports games are not games that are esports, like League of Legends or Call of Duty. Esports games are games that are about esports, where the player takes on the role of a fictional pro player or team manager and gets to experience the glitz and glamor of the esports industry. (The joke here, of course, is that working in the esports industry is notoriously un-glamorous.)

It’s the sort of thing that you’d never think about, but there are a surprising number of esports games floating around. Some are management sims where you focus on leading your team to success, like Teamfight Manager or Esports Life Tycoon. Others, like StarCraft II Visual Novel  or the upcoming High Elo Girls, are visual novels where you play through the story as an aspiring pro player. Even PC Building Simulator has released an Esports Expansion where you play as the overworked tech support for a team that constantly has unrealistic match day requests for you.

But why do people make esports games? And, perhaps more importantly, why do people play them? According to TJ Huckabee, writer and designer of SC2VN and its sequel, Don’t Forget Our Esports Dream, it’s for the same reason that the human aspect of esports draws people in.

“People who engage in a super specific hobby like esports like to know that this is real, that our stories are being told and there’s a lot of human emotion and passion that goes into this stuff,” Huckabee said. “The feeling of playing something every day and getting really good, and putting it all on the line in a tournament and losing… those feelings are so intense. And it’s really hard to convey that.”

Indeed, there are some truly moving esports stories out there, the kind that couldn’t be more fitting if they’d been scripted. And every pro player has their own unique struggle, whether it be trying to get to the top or trying to stay there.

But sometimes reality doesn’t match up to what we want it to be. Esports is just as full of disappointments as it is of triumphs, and there’s nothing we can really do about it. Esports games fulfill the desire for an idealized story, a chance to be in control of the narrative for once.

A different kind of wish fulfillment

Dani Dee is a narrative designer and founder of Split Fate Games, an indie studio currently developing High Elo Girls. Set to come out in Fall 2022, High Elo Girls is about a girl who joins an all-female esports team competing in a fictional MOBA game with aspirations of being the best. The game has a Black female protagonist, an underrepresented group in esports. Several other women of color populate the main cast.

For Dee, esports has been part of their life for a long time. But their experience as a fan has always been different to that of what is perceived to be esports’ main demographic – namely, white men.

“In college, I went to my first Halo tournament out in the suburbs of Chicago,” Dee said. “It was great, but I also felt like an outsider. This was over 10 years ago, so it was a very different climate – but, you know, the more things change, the more they stay the same. I’m a queer, nonbinary Black woman, and that tends to be more on the rare side in terms of the kind of esport that I’m attracted to. So I sort of fell in love with the idea of making visual novels and fictional stories about esports based on my own fan experience.”

There are few fields with the same opportunities for advancement as esports, where, theoretically, as long as someone is good enough at what they do, they can make it big. But it’ll be a while before esports achieves a true meritocracy; for example, women and people from low-income backgrounds are generally disadvantaged when it comes to PC gaming. Esports games, however, have the potential to bring visibility to stories that we normally never get to see – even if they are fictional.

“As much as I have a problem with the idea of ‘meritocracy’ in the esports space, something about the idea that anyone could do it is really compelling,” Dee said. “Even though I’m very aware there are reasons why certain people get to the top en masse, theoretically, anyone could do it. I just want to see people like me doing it, too, because they should be able to, and I know they’re out there.”