Why did Mang0 DQ from the Genesis 9 SSBM bracket? - Upcomer

Why did Mang0 DQ from the Genesis 9 SSBM bracket?

What to know about the doctor’s unexpected appearance 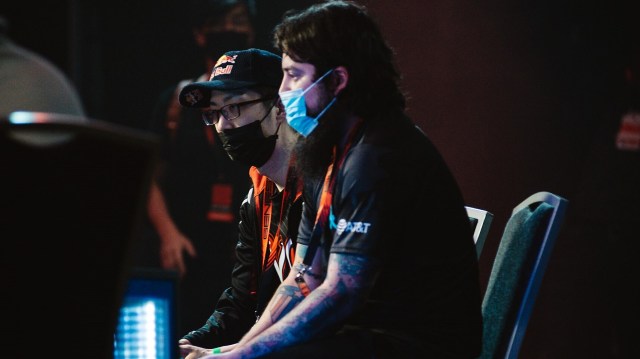 Genesis is one of the most important and prestigious tournaments for the competitive Super Smash Bros. community, and particularly for Melee players. Genesis 8 was the largest tournament of 2022. With over 1,200 entrants, San Jose, California’s Genesis 9 is likely to set the same record for 2023.

Despite the tournament’s importance, the greatest Melee player of all time, California native Joseph “Mang0” Marquez, was nowhere to be found come top 64.

What happened to Mang0?

Technically, Mang0 did not formally DQ from Genesis 9, as he did opt to play out all of his matches. Instead, he started “sandbagging” midway through the tournament. This means that he began to intentionally underperform by playing as a secondary character rather than his mains, Fox and Falco. The end result was similar to a standard disqualification, however.

Mang0 played out his pools matches as normal and was poised for a deep bracket run as the second seed. However, beginning in round two pools, he decided to exclusively play as the mid-tier Dr. Mario. As a result, he lost 3-2 to Tony “Taj” Jackson’s Mewtwo. It was an ironic outcome, since Taj had beaten Mang0 with Marth amid his best-ever performance at Genesis 2 in 2011.

Afterward, Mang0 dropped to the losers bracket and won a single set against Matthew “Dusk” Matos. However, he proceeded to lose 3-1 to the 100th-ranked player in the world, Matteo “Matteo” Caglioti.

As a result, Mang0 finished in 97th place in Singles, his worst placement at any tournament to date. He did, however, continue to play his mains in the Doubles bracket and ended up finishing in third place alongside Masaya “aMSa” Chikamoto.

Why did Mang0 DQ from Genesis 9?

It initially appeared that Mang0 decided to basically DQ from Genesis 9 because of the community-published rankings, the SSBMRank 2022. During Day 1 of Genesis 9, the Beyond the Summit broadcast revealed the top 10 players in the world between sets of the Doubles bracket.

Mang0 was ranked a commendable third, only behind Zain “Zain” Naghmi and aMSa. However, it seemed that Mang0 expected to finish as the second-best player ahead of aMSa. As a result, Mang0 complained that he had been shafted on the rankings.

I'm just over it

Everyone crying that I'm out

Enjoy ur melee without mango LMAO

Mang0 also brought up previous grievances that may have contributed to his de facto DQ from Genesis 9. He was similarly ranked third on the 2019 MPGR when he felt he deserved to be ranked second. Mang0 also complained about “no one caring about online,” as he was widely considered to be the second-best player in North America during Melee’s quarantine era, behind Zain.

Finally, Mang0 expressed dissatisfaction with “getting twitlongered,” a likely reference to Adam “Armada” Lindgren’s recent allegations that he experienced online harassment due to toxic statements he claimed Mang0 made about him after he retired from Melee.

Mang0’s decision to sandbag as Dr. Mario at Genesis garnered criticism from viewers who thought it was a sign of poor sportsmanship. Meanwhile, others expressed support for his decision to take a break from competing.

A few days after the tournament ended, Mang0 released a TwitLonger further explaining his DQ from Genesis 9. He said he was lacking motivation going into the event and was looking for an excuse not to try. Mang0 decided to latch on to the SSBMRank as his excuse, even though he ended up admitting there was a solid case for both him and aMSa being No. 2 on the ranking.

“I do wanna apologize for acting like [I’m] bigger than [Melee] because I think nothing is bigger than the game itself and that was just said in a moment of frustration,” Mang0 said in his TwitLonger.

Going forward, Mang0 said he will likely take a break from Melee for a few months. Nevertheless, he said he also plans to talk to a sports psychologist and return to competition eventually because he has “still got some fight in the tank.”