Why Cloud9 will (or won't) beat Gen.G in the Worlds 2021 quarterfinal

Why Cloud9 will (or won’t) beat Gen.G in the Worlds 2021 quarterfinal 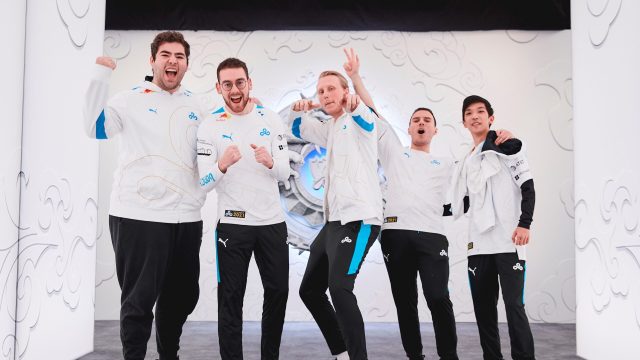 Provided by Riot Games Cloud9 are the last hope for the West in the international tournament.

Cloud9 and Gen.G Esports will face off on Monday at Worlds 2021. There’s an argument to be made for C9 both winning and losing against Gen.G, so we got into both.

Why Cloud9 will beat Gen.G Esports at Worlds 2021

Let’s put down the memes of “hopium” and “copium” for a second so I can say this as clear as humanly possible: Cloud9 is good enough to beat Gen.G in the quarterfinals.

When we look at the history of these marquee matches where a North American team goes up against an upper-echelon club from South Korea or China, a lot of the preamble comes down to the fact that the NA team just can’t keep up in talent or mechanics with their opponent.

That’s not the case with this C9 team.

They’ve showcased this both at the Mid-Season Invitational earlier this year and in the group stage that they can stand toe to toe and swing with the best of them. C9 isn’t staring up at Gen.G in terms of skill, needing to use tricks to overcome some inaccessible gap. While it’d be disingenuous to say C9 is the more talented team overall, especially with the likes of Park “Ruler” Jae-hyuk and Gwak “Bdd” Bo-seong anchoring Gen.G, the starting lineups, pound-for-pound, are comparable.

The opening that C9 will have to make the most of to win this series is their enemy’s standard, disciplined style they’ve deployed since they were known as Samsung Galaxy and Ruler was a rookie. Gen.G doesn’t throw many surprises at you, but they’re excellent at the things they do well, like holding serve (or better) in the early-game and extending the game into late waters where Ruler and Bdd can take over on their scaling champions.

In short, Gen.G are a slow team — they currently hold the highest-average game time at Worlds 2021 — but are generally an iron wall in the laning phase before getting to their sweet spot. Once there, with the designated carries ready to take over with three to four items in their arsenal, that’s when they transform from an excellent team to someone capable of winning the Summoner’s Cup.

C9 made it through their group forcing fights early and often, flexing their skirmishing muscles and playing around Robert “Blaber” Huang in the jungle to gallop into gold leads they could snowball into victories. If they can dictate the pace against Gen.G’s defensive line in the laning phase and force the South Korean side to play their game, then C9 will be in the driver’s seat.

As long as Luka “Perkz” Perković can unlock himself from the mid lane and find roaming opportunities on picks like LeBlanc and Ryze, it’s going to push Gen.G into a position that they don’t want to play. But, if the opposite occurs and Bdd can happily farm away on Azir while Perkz with Blaber and Philippe “Vulcan” Laflamme can’t affect the side lanes with aggressive strikes, it’s going to be a long day for Cloud9.

C9, though, can do it and possess the personnel to not only keep up with Gen.G but punish them for their imperfections.

It is fair to say that Gen.G do not possess better hands or overall mechanics than their Cloud9 counterparts. While Ruler and Bdd are legends in their own right, Perkz and Jesper “Zven” Svenningsen have definitely proved they can hold their own. But something that Gen.G have that Cloud9 don’t is a frustratingly high level of consistency and this is why they should be able to overcome the North American hopefuls.

Gen.G have coasted on their late-game insurance policy in Bdd and Ruler because their laning phase, and specifically  Kim “Clid” Tae-min’s early jungle pathing, are rock solid. Even though this part of their game can, and should be, exploited Gen.G have still managed to either come out even, or still be competitive, in many of their Worlds 2021 matches. And even if C9 do exploit Gen.G, or throw them off guard with weird pick or fight in-game, the team always managed to reset in their home region for the next game.

The black and yellow organization have also spent the better part of their season up against T1, DWG KIA and other fast-paced South Korean teams that clash with their current style. To say that Gen.G are well practiced against teamfight-savvy or early-game focused teams would be an understatement.

The South Korean second seed also have another pitch in their arsenal this year in substitute top laner Noh “Burdol” Tae-yoon who, like his potential opposite Ibrahim “Fudge” Allami, is not afraid to scrap at all times in lane. The young player brings another dimension to a team that usually only has one speed, and Gen.G’s coaches have not been shy about putting the sub in the starting rotation so far.

If Cloud9 falter even just a fraction in their mid or late game, Gen.G know how to pounce and take control of the map. The team’s individual consistency should also show out in the series as Cloud9’s players have been known to have streaks of brilliance, and streaks of destruction in their own play. How the match will play out is anyone’s guess, but DWG KIA’s  Kim “Khan” Dong-ha has put his name behind Gen.G, and who can disagree with the tournament’s best performing player?

“I think Gen.g will win,” Khan said in a post-match interview after defeating MAD Lions 3-0.