Who is the new Pokémon anime protagonist? - Upcomer

Who is the new Pokémon anime protagonist?

What to expect from Ash going forward 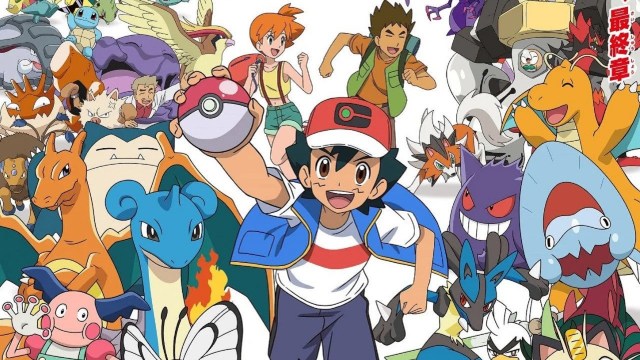 Provided by The Pokémon Company Ash Ketchum and his original traveling buddies, Misty and Brock.

Since its debut in April of 1997, Pokémon has been one of the most popular anime series in existence and a renowned complement to the long-running Pokémon video game series. Over the past 25 years, protagonist Ash Ketchum has gone on a number of epic adventures, all without aging a day past 10.

Following the launch of Pokémon Scarlet and Violet in November of 2022, the latest anime series, “Pokémon Ultimate Journeys: The Series,” is set to come to an end. As the upcoming season debuts, the anime will undergo its most dramatic transition to date. Here’s everything to know about the future of the anime and the new Pokémon protagonist.

Ash Ketchum recently became a Pokémon World Champion. He defeated Steven Stone, Cynthia, and Leon to win the World Coronation Series Masters Eight Tournament. In doing so, he fulfilled his mission of becoming “the very best like no one ever was.”

As a result, it seems that Ash’s character arc in the anime has finally reached its natural conclusion. In December of 2022, The Pokémon Company announced that Ash Ketchum and his iconic Pikachu would retire as the protagonists of the Pokémon anime.

Their storyline will formally conclude during “Pokémon: Aim to Be a Pokémon Master,” an 11-episode miniseries. Afterward, a new protagonist duo and Pokémon trio will take over and replace the long-standing veterans of the series.

Who is the new Pokémon anime protagonist?

Rather than just one new protagonist for the Pokémon anime, a pair of new heroes will make their debuts. There will be a girl named Liko and a boy named Roy. In addition, they will use the Paldea starters Sprigatito, Fuecoco, and Quaxly. However, it is unconfirmed which of the two of them will battle with which of the three Pokémon.

As of now, there is not much information available about Liko and Roy. All that has been confirmed is that they will journey through the Paldea region during the new Pokémon anime series. However, it is worth noting that Liko appears to wear a hairpin that resembles the Pokémon League logo on Ash’s hat from the first series.

Fans have also noticed that Liko looks similar to Ash and his love interest from “Pokémon the Series: XY,” Serena. As a result, some have speculated that Liko is Ash’s daughter. If this is the case, viewers may finally get to see a grown-up Ash in the future.